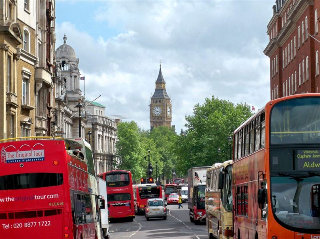 The research finds that Londoners living in the Capital’s most deprived boroughs are up to twice as likely to die of lung cancer, asthma and other lung diseases than those who live in more affluent parts of the Capital.

The Mayor of London, Sadiq Khan, said today that the statistics, published as part of a wider study on lung health from the British Lung Foundation, show the need for more urgent action to tackle the capital’s air quality, which fails to meet the legal requirements for pollutants such as Nitrogen Dioxide (NO2).

Sadiq Khan said: “I am determined to get to grips with health inequalities in harder-to-reach groups and in London’s most vulnerable communities – something the previous Mayor dismally failed to do.  One of the best ways to do this is to tackle London’s dangerously polluted air and make sure that breathing clean air is a right, not a privilege.”

Last month saw the Mayor announce that he is to launch a formal policy consultation on measures to tackle air pollution in London, including bringing forward the start data for London’s Ultra-Low Emission Zone (ULEZ) and extending its reach as well as implementing an extra charge on the most polluting vehicles entering central London using the Congestion Charge payment and enforcement system from 2017.

The Mayor has also joined a High Court challenge of the Government’s air pollution plans as an Interested Party. Environmental lawyers ClientEarth are suing the Government for the second time in a year, having won a case at the Supreme Court in 2015 which ordered ministers to fulfil their legal duty to cut pollution in “the shortest time possible”. The new case argues the government is still failing to do this.

The Mayor has now set out his view that London can meet the legal standards for NO2 well before 2025, which is the date the Government’s Air Quality Action Plan projects London will be compliant.