Seven cars have scored five-star Euro NCAP ratings in the latest batch of tests, including latest versions of the Mazda3 and Renault Clio as well as the new Audi e-tron and Volkswagen T-Cross. 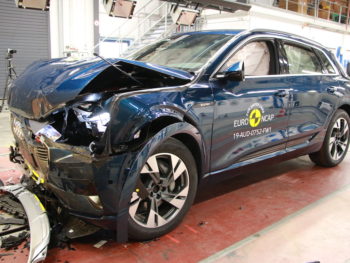 It is the first Renault vehicle to come with a 360-degree camera, giving the driver a view from above to detect any obstacles around the vehicle, while the Highway & Traffic Jam Companion feature is a “big step forwards in the democratisation of driver assistance technology” according to Thatcham’s director of research Matthew Avery.

Meanwhile, the new Mazda 3 achieved the highest Euro NCAP rating for Adult Occupant Safety (98%) this year. It has also been praised for its new Cruising & Traffic Support system which assists with accelerator, brake and steering input to reduce fatigue in highway traffic jams.

“It is pleasing to see these carmakers maintain such a consistent five-star safety record, working with Euro NCAP to protect occupants and vulnerable road users. These cars are acing it in the hardest and most exacting car safety testing regime globally.”