The UK’s largest independent road safety charity, IAM RoadSmart, is calling for the Government to lead driving down death and injury on UK roads after a decade of stagnation following figures released by the Department for Transport earlier today. 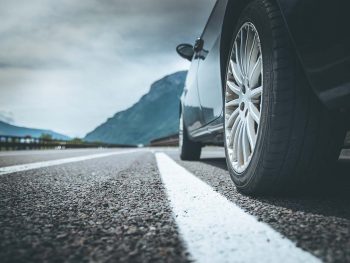 Department for Transport provisional figures for 2019 show that 1,748 people were killed on the roads in Great Britain last year

Provisional figures for 2019 in: Reported road casualties in Great Britain: provisional results 2019, revealed 1,748 reported road deaths, compared to 1,784 in 2018, marking a minor 2% fall. The figures mark an eight-year period of no significant reduction in deaths on UK roads, with on average almost five people dying on UK roads every day.

Neil Greig, IAM RoadSmart’s director of policy & research, said: “These results are frankly embarrassing. We need UK Government to show real leadership and push road safety up the political agenda if we are to see a return of year-on-year improvements.

“Some quick wins could include: graduated driver licencing, more traffic police on the roads, a new approach to older drivers – such as an eye test on licence renewal at 75, mature driver assessments on prescription and more powers for the Health and Safety Executive to insist on good driver risk management across UK business.”

2020 is likely to represent incomparable results and should be marked as an anomaly amongst statisticians due to a reduction of driving in the imposed lockdown. However, with 2020 results not to be known or published for another year, the true impact of the pandemic on road deaths in the UK will not be clear for some time.

Greig added: “Up-to-date collision information is essential to avoid transport policy being developed in a data vacuum. We urge the Government to issue road safety figures for the last few months now so that informed decisions can be made. This is particularly important following the significant shift we’ve seen in recent months due to the pandemic and increasing use of new modes of transport.”

Commenting, Joshua Harris, director of campaigns for Brake said: “For nearly a decade now, we have seen an appalling stagnation in the number of deaths on our roads and it’s high-time for the government to take responsibility and act. We need to rid our roads of dangerous drink and drug driving, introduce safe speeds in our towns, cities and rural areas and reinvigorate roads policing, which has been decimated by funding cuts. The Government must commit to a Vision Zero approach and the ambition to eliminate the scourge of death and serious injury from our roads for good.

“The Government’s ambition to get more people cycling and walking is a noble one, but this will only be realised if we have safe roads that people can be confident to travel on. With 76 people being killed or seriously injured on the roads every day, 28 of which are people cycling or walking, we are a long long way from achieving this goal.”

Edmund King, AA president, said; “Whatever mode of transport we use on the road network, we should all expect to get to and from our destinations safely. Unfortunately, too many people are still losing their lives on our roads.

“Local roads are undergoing significant changes and traffic movements are still evolving since lockdown, now is the time to set some significant and challenging road safety targets with the ambition of zero road deaths within a decade.

“As more people shun public transport and use other forms of transport, it is a good opportunity for road safety messages to be shared far and wide. Reminding everyone of the dangers including; driving tired2, using their mobile phone behind the wheel3 and looking out for cyclists4 and pedestrians, will all help make our roads safer.”

The full report from DfT can be found here.