Nissan has launched a new 2.0-litre diesel engine for its X-Trail crossover alongside increased transmission choices. 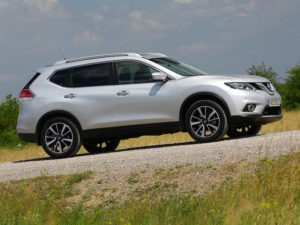 Available to order now, with first deliveries due early next year, the new 175bhp unit joins the existing 128bhp 1.6-litre diesel and brings a choice of transmissions, including a six-speed manual with four-wheel drive plus Nissan’s Xtronic automatic gearbox which is offered with both two-wheel drive and now four-wheel drive – marking a first for the range.

The new engine and transmission line-up are expected to drive the model’s presence in the large SUV sector. Across Europe, sales are up 50% in the year to October 2016 when compared to the previous 12 months. Accoring to industry data, high-powered models account for 46% of the medium SUV segment, and by launching the 2.0-litre diesel the X-Trail’s market coverage increases by 41%.