A landmark case earlier this year in favour of HMRC could put an end to current and future fleet claims for NIC relief on business mileage payments for grey fleet drivers. 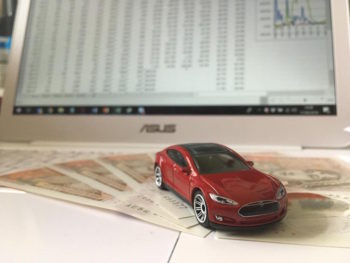 While the claim for NICs on grey fleet is worth £2.5m to Laing, it’s worth much more to the wider fleet community

The three-day trial in the First Tier Tribunal tax chamber was held in February on behalf of Laing O’Rourke Services Ltd v HMRC.

The case centred around a claim made in 2010 by construction company Laing that cash allowances and mileage payments made to employees were entitled to a refund of National Insurance Contributions (NICs), worth about £2.5m.

The case follows the legal precedent set in 2012 in the Court of Appeal by Total People (now Cheshire Employer and Skills Development Limited) after a seven-year battle with HMRC.

Total People’s claim was founded upon the car allowance payments made by the training firm to around 160 members of staff using private cars on business. Under the AMAP rules in place at the time, Total People could have paid 40ppm (now 45ppm) for business mileage. Instead, it paid staff 12-13ppm through expenses plus an additional car allowance, which was paid by way of a fixed monthly amount in addition to their salary to compensate for using private cars on company business.

Total People argued that as the payments were made to employees in recognition of the fact that their job required them to use their car for business, they must be payments of Relevant Motoring Expenditure (RME) and therefore exempt from NIC as they were in line with the AMAP rules at the time. The claim was worth £146k to the employer but also involved refunds of drivers’ NICs.

While this was upheld in the First Tier Tribunal, HMRC appealed and it was overturned by the Upper Tribunal judge in favour of HMRC. However, Total People took it to the Court of Appeal, which restored the finding of the first-tier tribunal in its favour.

Since then, more than 250 large corporates have submitted protective claims along similar lines and even individuals have submitted their own claims, according to John Messore, managing director at Innovation Professional Services – which has been running similar claims for other clients for years and has a vested interest here.

But the latest ruling in the Laing O’Rourke Services Ltd v HMRC case puts the subject of grey fleet mileage into a grey area, according to Messore (see full comment here).

The verdict centred around the idea that Laing had not sufficiently demonstrated that the car allowances paid were in respect of the use of the employee’s car and therefore did not fall into the definition of Relevant Motoring Expenditure (RME) – if they had been able to demonstrate this, then NIC relating to the business mileage element would have been due back to the company.

In the case verdict, the judge said: “There are numerous boundaries and distinctions in the income tax legislation and, in particular, in the treatment of pay and benefits provided to employees. Simply because a particular result can be achieved in one way does not mean that the provision of something economically similar in many respects results in even the same income tax treatment.”

Messore said that while the verdict brings uncertainty for NIC relief claims, there could be clarity on the cards. Laing is expected to appeal while the case for another major company will be heard at Tribunal later in the year.

He added: “Companies still have little to lose and everything to gain by either submitting protective claims or holding on to the claims they already have in place. We even know individual drivers who have submitted their own claims.”

While the claim is worth £2.5m to Laing, it’s worth much more to the wider fleet community.

Messore also said that the judge’s verdict indicates that small changes to mileage payment mechanisms could have significant results.

“Broadly speaking this translates to ‘if you make subtle changes to how you pay people for their mileage, it can have a profound impact on the tax or NIC treatment’. Therefore it is worth talking with the relevant experts in this area about how to start saving straight away, notwithstanding that the above refund appeal was unsuccessful.”

A Laing O’Rourke spokesperson said: “We are considering the judgement of the first-tier tribunal and do not wish to comment further at this stage.”

To read the full comment on the case from John Messore and Peter Moroz of Innovation Professional Services, click here.

Previous: Comment: 10-year wait comes to an end. Or does it?
Next: Test-drive latest electric vans at ITT Hub Ride & Drive