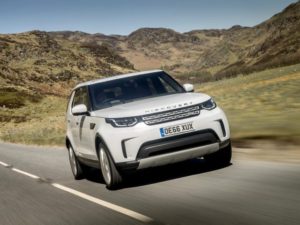 The Land Rover Discovery has been built at Solihull since 1989.

The announcement follows Jaguar Land Rover confirming a ‘temporary’ production cut at its Halewood plant in January, and reductions to its agency workforce in April, the latter said to be in response to ‘continuing headwinds impacting the car industry’.

However, a spokesperson told Fleet World that the decision did not reflect an ongoing move away from UK production, saying: “We remain committed both to the UK and to transformation and growth. The decision to move the Land Rover Discovery to Slovakia and the potential losses of some agency employed staff in the UK is a tough one but forms part of our long-term manufacturing strategy as we transform our business globally.”

Investments in Solihull include the ability to produce plug-in hybrid versions of the Range Rover and Range Rover Sport, as launched earlier this year. Products built at the plant reported strong demand during 2017, with the Discovery up 11% year on year, to 46,472 units globally. The Range Rover Velar had also performed well in its first year, while the plant at Halewood, near Liverpool, is being re-fitted ahead of the new Evoque.

Jaguar Land Rover recorded a 1.7% rise in global sales last year, to 614,309 (up 1.7%) units, but in its most recent quarterly report said the market had become more challenging. Uncertainty around diesel, political changes such as Brexit, weakening of UK and US markets, pricing issues and electrification had all contributed.