Kwik Fit has gone live with a six-year agreement with Lex Autolease; its largest-ever deal by value and forecast tyre volume with a major contract hire and leasing company. 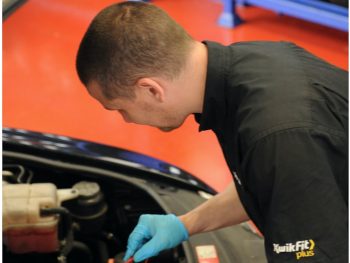 Lex operates some 360,000 company cars and vans, and the deal will equate to well in excess of one million tyres during the lifetime of the contract, fitted either by Kwik Fit’s nationwide network of more than 600 centres or by its 200-strong mobile fleet.

The agreement builds on an almost 30-year long sole-supply arrangement between the two organisations and was won following a tender process.

Kwik Fit GB fleet sales director Andy Fern said: “We believe the new contract with Lex Autolease, which will run to the end of 2025, is one of the largest and most significant tyre and mechanical services deals in the history of the UK fleet industry and is reflective of an open and honest business relationship.”

Lex Autolease commercial director Andy Hartley added: “Contracts like this can only be won by supply partners who truly understand the requirements of their customers. This is supported by the fact that the Kwik Fit team spend many hours with Lex Autolease employees at all levels of our business to gain detailed insight into not only our demands but those of our end-user fleet customers.”