Dangerous drivers who kill could get life in prison under new government proposals. 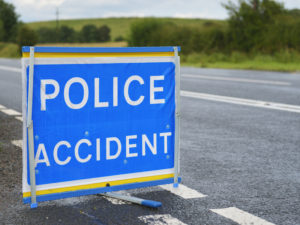 The plans unveiled by the Ministry of Justice would bring the offence of causing death by dangerous driving – including those speeding, street racing or while on a mobile phone – in line with manslaughter, meaning drivers could face a life sentence instead of the current maximum of 14 years.

Careless drivers who kill whilst under the influence of drink or drugs could also face life sentences.

And the proposals, which are under consultation until 1 February 2017, would also create a new offence of causing serious injury by careless driving, with a maximum sentence of three years, and would increase minimum driving bans for those convicted of causing death.

In 2015, average custodial sentences for causing death by careless or dangerous driving increase were less than four years.

“While impossible to compensate for the death of a loved one, we are determined to make sure the punishment fits the crime.

“My message is clear – if you drive dangerously and kill on our roads, you could face a life sentence.”

Road safety charity Brake welcome the moved but expressed concerns that the charge of ‘careless’ driving could remain.

Gary Rae, campaigns director for Brake, said: “Some of the strongest feedback we have received from the families we work with is that there is nothing careless about taking someone else’s life. We also want clarification on whether the current automatic 50% discount, where convicted drivers serve only half their tem in jail, will still apply for these new, proposed sentences.”