Kia is developing a standard platform for next-generation military vehicles, ahead of starting military deployment in Korea from 2024. 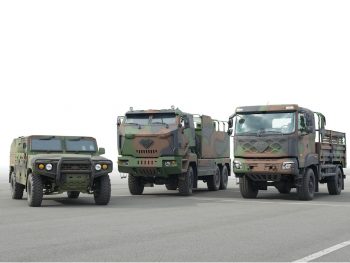 Kia is developing a standard platform for 2.5- and 5-tonne military vehicles, with prototyping to begin within this year

The platform, the result of joint investment by the Korean military and Kia Motors, is based on the Mohave SUV and will be used as the basis for 2.5-tonne and 5-tonne military standard vehicles to replace those currently in operation and to develop new 5-tonne bulletproof vehicles.

But the developed military all-terrain vehicles (ATVs) will also be used in other fields aside from the military, such as industrial and leisure sectors. The brand said at the start of the year that it’s looking to develop logistics and leisure-based Purpose-Built Vehicles (PBVs) as part of its ‘Plan S’ mid-to long-term strategy and the learnings from its military work will help it expand its PBV business.

Prototyping of the military vehicles will begin later this year, followed by test evaluations by the Korean government in 2021. And the vehicles on the platform will enable the development of other derivatives in future, including some equipped with a range of weapons systems, and those designed with more specialised specifications and technologies.

Kia Motors already has a long heritage in military vehicles. It’s already produced a range of vehicles for the Korean and overseas military, including 0.25-, 1.25-, 2.5- and 5-tonne vehicles.