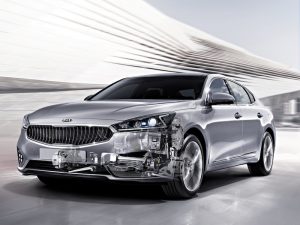 Developed in-house, the transmission occupies the same space as a conventional six-speed automatic transmission – enabling its use in new and existing models – and weighs 3.5 kg less.

The brand added that it will also provide a stepping stone to the development of future advanced transmissions.