Kia is to unveil a new ‘shooting brake’ version of the Ceed at the Paris Motor Show in October, which will adopt the ProCeed nameplate. 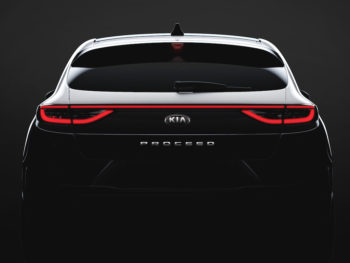 Previewed by the Ceed Sportswagon concept at Geneva this spring, the ProCeed will offer estate-like versatility and loadspace, but with sportier styling closer to the Mercedes-Benz CLA Shooting Brake.

It will be sold alongside the new Ceed Sportswagon, which is a popular part of the brand’s fleet offer, but replaces the three-door hatchback sold in the last generation car. Kia said the outgoing ProCeed had only accounted for a small share of UK sales.

Engine line-up has not been revealed yet, but the latest-gen Ceed hatch and the Sportswagon both offer 118bhp 1.0-litre and 138bhp 1.4-litre T-GDi turbo petrols – with the latter replacing the previous 1.6-litre on offer in various markets – and a 1.6-litre diesel with either 114 or 134bhp.

The new Proceed will be sold exclusively in Europe.