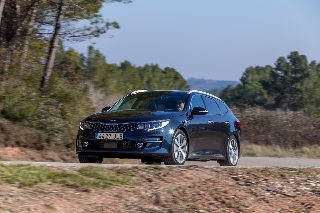 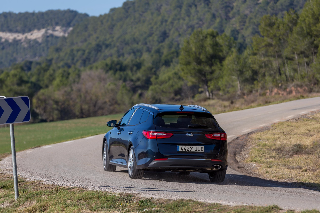 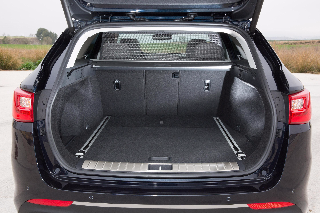 The Optima Sportswagon breaks cover a year after the Sportspace concept, which previewed it, was unveiled in Geneva. It will be available with the same engines as the saloon, including a 139bhp 1.7-litre diesel likely to be the biggest-seller in the UK, and a GT-Line version.

Michael Cole, Chief Operating Officer, Kia Motors Europe, commented: “This is an important product for Kia in Europe, and it will increase our presence in this hugely important segment. In Europe, two thirds of all sales in the D-segment, and three quarters of all fleet sales in this class, are made up of tourers, so the Optima Sportswagon will play a critical role in attracting new private and corporate buyers to the brand. This is an important conquest product for Kia.”

The Sportswagon has the same overall footprint as the saloon, but is slightly higher to accommodate the relatively large 553-litre cargo space behind the rear seats. Its rear bench has a 40:20:40 split/fold mecahism, and some models will feature an electrically operated tailgate. Kia’s internet-connected infotainment system will be offered with Android Auto and Apple CarPlay smartphone streaming by the end of this year.

Pricing, fuel consumption and CO2 emissions are unconfirmed as yet, and Kia has yet to reveal whether a plug-in hybrid version will be available. The Optima Plug-in Hybrid is being unveiled in European specification at the Geneva Motor Show, but so far has only been shown as a saloon.