Kia Motors Europe has appointed Emilio Herrera as its new chief operating officer as Michael Cole departs to take on a new role within Kia. 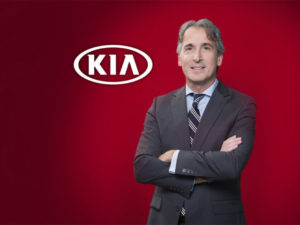 Cole was appointed to the COO role in November 2012 from his previous position as managing director of Kia Motors UK. He will take up a senior role elsewhere in Kia’s global organisation, with details yet to be announced.

He will be tasked with sustaining the brand’s sales growth, as Kia targets more than 500,000 sales in Europe in 2018, and will also oversee the roll-out of a range of new advanced powertrain vehicles, with 16 new models planned for launch by 2025 – including an all-new fuel-cell electric vehicle in 2020.

Herrera said: “A range of new cars and powertrains will give us fresh opportunities to grow sales and expand our market share even further in the coming years.”