Kia has launched the Niro EV in its home market, hinting that the 280-mile electric SUV will be priced at around £33,000 when it comes to Europe later this year. 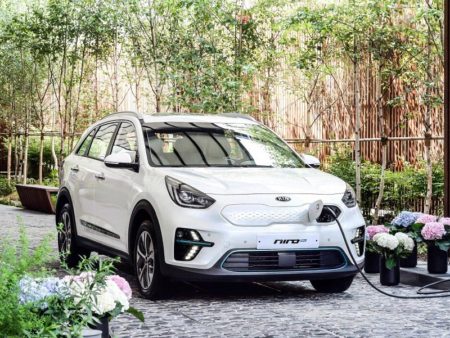 The Niro EV will make its European debut at the Paris Motor Show in October, joining the hybrid and plug-in hybrid versions which are already on sale.

It shares its drivetrains with the Hyundai Kona Electric, with 39.2kWh and 64kWh batteries, the latter offering a range of 280 miles (under WLTP conditions) and a powerful 201bhp motor. Recharging to 80% takes less than an hour on a 100kW charger, or twice that on the 50kW units which are found at most UK service stations.

Full UK pricing and specification will be announced closer to the launch, but the South Korean market data for the Kona Electric had been roughly in line with UK figures after the £4,500 Plug-in Car Grant as been applied. At 50,000 Korean Won, his would mean the Niro EV with its 64kWh battery should be priced from around £33,000 in the UK.