More than half of the new cars launched so far this year have potential keyless entry/start vulnerabilities that could leave them vulnerable to relay attack. 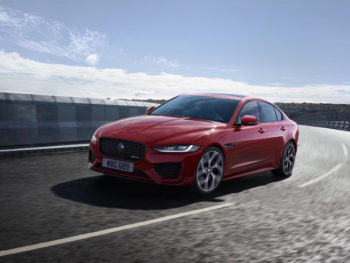 That’s the finding of new security ratings launched by Thatcham Research to help consumers better understand the theft risk of new cars against a backdrop of rising vehicle thefts.

According to figures from Tracker last month, 88% of all stolen vehicles it recovered in 2018 were stolen without using the owner’s keys; up from 80% in 2017 and 66% in 2016. The figures were published just a week after latest Home Office data figures showed motor vehicle theft had risen 49% in five years.

Under the new Thatcham ratings – which have been endorsed by Policing Minister Nick Hurd, the National Police Chiefs’ Council Lead for vehicle crime Graham McNulty and the Association of British Insurers (ABI) – cars are categorised as either Superior, Good, Basic, Poor or Unacceptable, based on a series of tests, ranging from timed ‘brute-force’ attacks on locks and access points, through to tests that identify digital vulnerabilities including on the keyless entry/start system, whether it’s optional or standard-fit.

The first batch of results show six of the 11 new cars launched in 2019 have been rated poor for security, covering the Ford Mondeo, Hyundai Nexo, Kia Proceed, Lexus UX, Porsche Macan and Toyota Corolla, as the keyless entry/start system they have as an option has no security measures to prevent theft via relay attack. Without this option, the overall security features were classified as ‘Good’. Meanwhile the Suzuki Jimny was given an ‘Unacceptable’ security rating, despite not having a keyless entry/start system, due to scoring consistently poorly across all criteria, and missing some security features that Thatcham classes as fundamental.

Only four of the 11 cars – the Audi E-Tron, Jaguar XE, Land Rover Evoque and Mercedes B-Class 2019 models – were rated ‘Superior’ for security.

Richard Billyeald, chief technical officer at Thatcham Research, said: “This initiative focuses on addressing keyless entry/start vulnerability. We’ve seen too many examples of cars being stolen in seconds from driveways. Now, any vehicle that is assessed against the new Thatcham Research Security Rating, and has a vulnerable keyless entry/start system, will automatically not achieve the best rating.

“Security has come a long way since vehicle crime peaked in the early 1990s. But the layers of security added over the years count for nothing when they can be circumvented instantly by criminals using digital devices. The shame is that most of the cars rated ‘Poor’ would have achieved at least a ‘Good’ rating had their keyless entry/start systems not been susceptible to the relay attack.”

National Police Chiefs’ Council Lead for vehicle crime, Deputy Assistant Commissioner Graham McNulty also commented on the new ratings, saying that part of the reason for the recent increase in vehicle theft is the rapid development in technology, which has allowed criminals to exploit weaknesses in the electronic security.

“Police chiefs fully support the New Vehicle Security Assessment (NVSA) and the newly announced consumer rating which gives buyers a better understanding of how secure their chosen vehicle is. It’s a positive step towards improving vehicle security and will help us cut the levels of crime as manufacturers continue to develop security measures, in what remains a highly competitive industry,” he continued.

Richard Billyeald added: “Our guidance for worried drivers is first and foremost to understand if your vehicle has a keyless entry/start system or not, as it is often an optional extra. If it does, check whether there are solutions available with your key fob – can it be turned off overnight or does it go to sleep when not being used?

“Faraday shielding pouches can be effective but test them first to make sure they do block the signal. Many are designed for credit cards so make sure they still close fully with a set of keys inside, to ensure maximum effectiveness.

“Storing all sets of keys, spares included, away from household entry points is also important as it hampers the criminal’s ability to relay the signal.

“And finally, it may in some cases be possible to turn the system off entirely, so it’s worth checking with your dealer.”

Previous: Future Volvos to monitor and stop drunk or distracted drivers
Next: Councils get legal risk warning over ‘glacial’ progress on air pollution