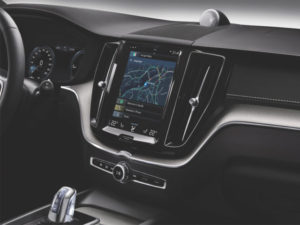 Future navigation needs will be met by apps built into the main computer in the car or accessed via smartphones.

John Lewis is to become the first major UK retailer to remove sat savs from its shelves following consistent declines in sales.

In its 2017 annual report the firm announced that it plans to remove the devices from its stocklists due to the rise in built-in sat navs and smartphones.

Suddy Bhardwaj, buyer of mobile, photo and wearables at John Lewis, commented: “Whilst we’ve seen demand for sat navs decrease, we still have some customers requesting these products so we moved the range exclusively online around April this year. Customers are now solely using their mobile phones with apps such as Google Maps or Waze automatically updating themselves for the latest directions or relying on their inbuilt car sat nav for navigation.”

Finlay Clark of Waze, Google’s navigation app, said the decision was unsurprising given the growing number of navigation app users in the UK and added that it’s “yet another sign that the ubiquity of smartphones is fundamentally changing consumer behaviour”.

Clark, UK head at Waze, commented: “It comes down to choice. A lot of people prefer maps which are up to date, have the best real-time information – not just from other drivers, but in our case from partners like Transport for London and our community of map editors. These factors help us shave time off people’s commutes in a meaningful way and this is what we focus on.”

Clark also said another key factor in the demise of the portable sat nav – outlined in an interview with Fleet World earlier this year – is the growing availability of apps built into the main computer in the car, with carmakers likely to be doing deals with tech companies to provide the data.

Interestingly, other items that John Lewis is to drop include eReaders, analogue radios and office suits for women.For more of the latest industry news, click here.