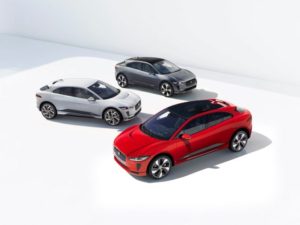 Hicks said this was the result of “unparalleled change” to the “old norms” of the sector; with unclear taxation benefits, changes to Vehicle Excise Duty last year and CO2 emission limits for capital allowances changing in April, as well as the “arbitrary” one-band penalty against diesel engines announced during last year’s Budget.

“I think our opportunity comes as people opt out and get given cash for cars,” he explained. “We have strong residual values, a good range line-up and I think we have good opportunities in a changing fleet market.”

Hicks stressed that there’s no underlying change to the company’s fleet strategy. Jaguar Land Rover has invested heavily in the infrastructure to support the two brands’ growing model ranges, broadening its appeal beyond small businesses and a retail-heavy sales mix. New plans are to target larger fleets and leasing companies, where it has traditionally been weaker.

There has also been some limited daily rental volume for Jaguar, aimed at driving awareness, Hicks said: “We’re known but not always considered – the strategy is to get on the shopping list. We’ve a lot more traction in fleet, but for us it’s always about balance; we have a retail strength other brands would die for and they have a fleet strength that we’d like to have a little of. That’s our strategy.”

Hicks’ comments come shortly after fleet consultancy firm, BCF Wessex, told Fleet World that market conditions were beginning to favour a revival of ECO schemes, which can now offer better value for businesses. Maxxia Group, meanwhile, said this week that employers should be cautious about the risks of cutting drivers off from company car schemes.

Previous: Today in Fleet – Thursday 8 March
Next: Act in haste repent at leisure