Jaguar Land Rover has said that cutbacks in production at its Halewood plant will be temporary as it responds to challenges from Brexit and the diesel downturn. 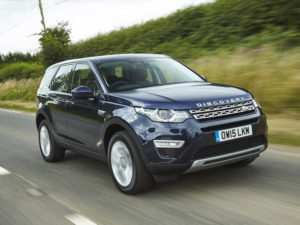 The carmaker is to scale back production of the Discovery Sport and Evoque as it warns that “the automotive industry continues to face a range of challenges which are adversely affecting consumer confidence”. This follows a 5.7% fall in UK new car registrations in 2017, with diesel registrations down 17.1% for the full year. Meanwhile Glass’s has predicted a 4% decline in new car registrations in 2018, as Brexit uncertainty and the spectre of further interest rate hikes weigh heavily on the market.

In a statement, Jaguar Land Rover said the changes to the production schedule for Q2 at Halewood were temporary and followed record-breaking vehicle sales for the carmaker last year. 2017 registrations for Jaguar rose 2.1% to 35,544 while Land Rover was up 3.9% to 82.653 units.

The carmaker also highlighted that production volumes at Halewood – which has been producing the Range Rover Evoque since 2011 and the Discovery Sport since 2014 – have remained at peak levels since those times and that the changes to operating patterns are “temporary and sensible business practice”.

JLR also emphasised its plans for the future of Halewood, which is reaching the end of a £130m investment programme to enhance and upgrade facilities and processes.

PSA Group’s UK plants have also been in the headlines in recent days, as Group CEO Carlos Tavares reaffirmed his intentions to keep the operations open as he began talks with the Unite union over a roadmap to safeguard the plants’ futures.