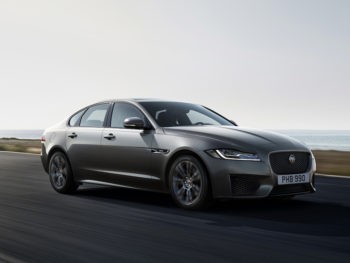 Of key importance for fleets is the introduction of RDE2-compliant diesel engines to the range. Under the updates, all 20MY Jaguar XF 2.0d 163hp and 180hp rear-wheel drive variants have been certified as RDE2-compliant – said to be a first in the executive car segment. This means they escape the 4% BiK surcharge first announced in the 2017 Autumn Budget and levied since April 2018 as well as the increased VED first-year charges introduced at the same time.

As a result, Jaguar says the RDE2-compliant diesels can bring total three-year savings of up to £2,304 for fleets/fleet drivers while private buyers could also save up to £345 in first-year VED.

Meanwhile, the updated engines also bring reduced CO2, down by as much as 8g/km as a result of efficiency changes including the fitment of ultra-low rolling resistance tyres. The XF Saloon 180hp RWD Manual Portfolio, for example, sees CO2 emissions fall from 134g/km to 126g/km.

Other changes see a new Smartphone Pack featuring Apple CarPlay and Android Auto for enhanced smartphone compatibility become standard on all models, enabling users to access a selection of apps on the car’s 10-inch touchscreen.