Jaguar Land Rover is moving production of its XE model to the Castle Bromwich plant from its current home at Solihull. 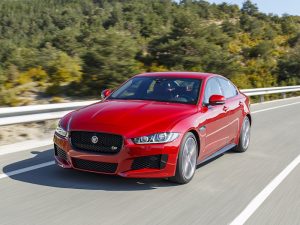 The XE will now be built at Castle Bromwich alongside the XF, F-Type and XJ

The brand said the move comes in response to “huge” customer demand for the F-PACE – which is built at the Solihull site alongside the Range Rover Sport – as well as the XE. August registration figures show that Jaguar sales for the year totalled 85,726, up 72% on 2015, and primarily driven by the XE and F-PACE.

Jaguar has invested £1m in Castle Bromwich to support the XE, which will be built alongside the XF, F-Type and XJ.

The move marks the return of all Jaguar sports and saloon car manufacturing to the Birmingham plant and follows investment of more than £1bn in the infrastructure at Solihull and Castle Bromwich.

Nicolas Guibert, Castle Bromwich operations director, said: “2016 is a pivotal year for Castle Bromwich. The arrival of the XE sees us increase our model lines and volume.

“This plant has a rich heritage and is undergoing its most significant transformation in decades, with major infrastructure projects either complete or under way. The commissioning of our all-new press line and launch of our body shop to support the introduction of XE means Castle Bromwich is future-proof.”

Previous: Three out of four drivers say driverless insurance should cover hacking
Next: Volvo kicks off Drive Me autonomous project