Jaama revenues rise on back of restructuring

Restructuring and development plans implemented by Jaama have led to an 18% rise in revenues year-on-year. 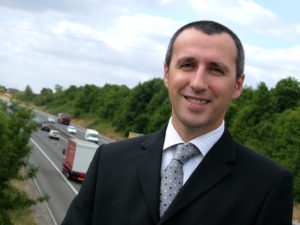 Jaama has restructured into four territories – UK and Ireland, Australasia, North America and Europe and the Middle East – to target international growth as well as continued UK expansion

The asset and driver management software specialist restructured the UK-based business last year to promote further expansion across Britain and for the first time into global markets and also implemented a new employee recruitment programme that has seen around 30 new jobs created.

Jason Francis, founder and chief executive of Jaama, said: “2016 has been our most ambitious year to date. Last year we focused on putting in place the building blocks that would enable Jaama to expand to a completely new level.

“Re-organisation of Jaama at senior management level and the appointment of new staff across all departments – notably software development, customer support, sales and administration support – was critical to enable the company to both support existing clients and work in partnership with new ones.”

He continued: “As a result, 2016 is shaping up to be a fantastic year with an 18% increase in revenue across all the sectors in which Jaama delivers its Key2 software solution.”

Additionally, Jaama continues to invest more than £2m per year on software development for its Key2 solution.

Francis said: “We are working on implementing several major projects and expect to announce new software developments in the near future as they are rolled out to customers.

“Additionally, we also anticipate to further increase our near 80-strong employee headcount to meet further business growth in the remainder of 2016 and into 2017.”