Is Osborne killing the company car?

By Natalie Middleton / 5 years ago / Features / No Comments 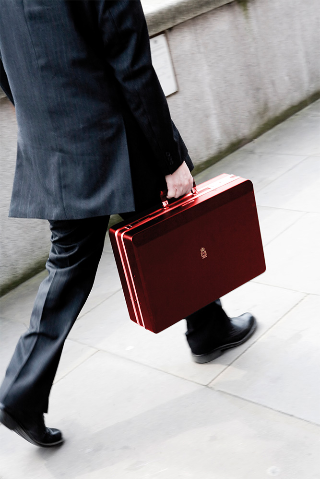 For over four decades now, the company car has been regarded as the epitome of work perks, providing many employees with an incentive to stay in a current job or to jump ship to a new firm.

But according to the BVRLA, since George Osborne became Chancellor in 2013, company car drivers have been hit by a series of tax increases that are both “unfair and unsignposted”.

And as a result the organisation says that it’s seen 30,000 fewer employees taking a car as part of their work package during this period – with many turning to grey fleet.

Chief executive Jerry Keaney has said that the Chancellor must use the Budget to reverse some of the damaging decisions he has made recently. This includes the U-turn on the 3% diesel supplement and the changes to the BiK bandings, which the BVRLA says needs a rethink to help offer a greater incentive for users of ultra-low emission vehicles (ULEVs).

John Pryor, chairman of ACFO, agrees with the BVRLA that the Government’s decision on the 3% diesel supplement needs a rethink.

He adds: “There are many fleets and company car drivers that made vehicle choices based on the fact that they would save cash as a result of the previously announced withdrawal of the supplement.

“The decision to retain the 3% supplement was a knee-jerk reaction to an issue external to the tax system. That does not aid long-term company car policy planning and undermines fleet confidence in the Government.”

Looking across the fleet industry in general, Pryor adds: “The Government should not just analyse the structure of the CO2-based company car BiK tax regime, but all surrounding issues including mileage rates and grey fleet.

“There must be a level playing field so employers and employees can clearly see the benefits of a company-supplied car versus the cost associated with a grey fleet car.”

Parkinson also says that the delay to the abolition of the diesel supplement could cost the Government dearly as well as drivers.

“This could lead to further BiK rises, prompting yet more drivers to opt-out – leaving a significant hole in treasury incomes, with remaining essential user drivers footing the bill.”

James Reardon, head of KPMG CarWISE, agrees that the turnaround on the diesel supplement and rising BiK rates will “push tens of thousands of company car drivers to a crucial tipping point where it is cheaper to simply run their own car. In turn, employers will increasingly have to offer a cash alternative and will need to run down ageing fleets”.

He adds: “In recent years, beneficial tax rates have boosted the sale of electric and hybrid vehicles. Over the next four years the planned company car tax changes might lead to fewer low emission cars being sold, potentially undermining the Government’s wider climate change goals.”

And Phil Harrold, partner in the automotive practice at PWC, is in agreement that the company car driver is bearing the effects of changing taxation policies.

He explains: “The Chancellor uses taxes for two purposes: firstly to raise revenue and secondly as an instrument of policy. However we’ve seen that policy rotate around over the years, and this has challenged both fleet operators and company car drivers. For example, at one stage policies were in place to encourage diesels but more recently, as sentiments have changed, we’re seeing increasing disincentives towards diesels.

“As technology increasingly advances, the likelihood is we’ll see an increased take-up of electric cars and hybrids. The logical argument from the company car provider’s standpoint must be, “Look, we’ve done what you asked us to and we’re providing cleaner and safer vehicles.”

“However, as the Chancellor looks to balance his Budget he may well say, “Well here’s my large pot of money from company cars, they’re getting cleaner so my tax take is going down so I’ve actually got to build that tax take.”

“Ultimately, he needs to raise money and the sources are not always popular.”

John Messore, managing partner at tax and technology firm Innovation LLP, also says that government policy is shaped by its ‘green’ agenda and environmental commitments, but it still needs to raise the most taxes possible without compromising their election pledge to not increase personal taxation or NIC rates.

He comments: “Whilst we have seen a 30,000 net reduction in company car users in the last two years, in percentage terms this is only about 1% or 2% per annum.

“With diesel we will have 28% tax and the recent announcement in the Autumn Statement which retained the 3% diesel levy (up to 2021) will negatively impact four out of five company car drivers.

“To penalise company car drivers because of the slow speed of EU emissions testing seems unfair. Those drivers who also receive a private fuel benefit will be penalised on two fronts by the retention of the 3% supplement.”

He says: “Every year, around the time of the Budget, I’m reminded about the famous phrase coined by Oscar Wilde about “a man who knows the price of everything and the value of nothing”.

“Why? Because, every year, around the time of the Budget, I read headlines bemoaning the increase in company car tax.

“Anyone who has analysed HMRC’s BiK statistics should understand that the Chancellor is following a long term programme to increase the tax yield from company car drivers.

“But by continually focusing on the cost of a company car, commentators fail to recognise the true value of a company car. What’s more, contrary to popular belief, the BiK percentage for the average company car has hardly changed since 2002, when the current basis of company car tax was introduced.

“Because manufacturers have strived to reduce CO2 emissions without compromising performance or refinement, modern cars are better for the environment, have greater fuel efficiency and offer company car drivers better value for money. As the below tables show, in 2016 the BiK due on two modern company cars is barely higher than it was on their 2002 equivalent, and is significantly lower in real terms.

“So, coming back to Oscar Wilde and the difference between price and value, if our focus is constantly on the increasing taxation of company cars perhaps the reduction in the number of company car drivers will become a self-fulfilling prophecy. If we focus on the value of a company car, perhaps we can preserve a Great British tradition.”