Pump prices could return to record levels last seen in 2012 as a result of the United States’ decision to pull out of the Iran nuclear agreement. 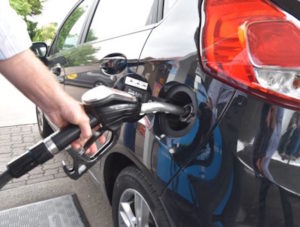 The price of oil has already jumped following the news of the Iran nuclear deal exit.

That’s the warning from the Petrol Retailers Association (PRA), with the news this week that President Trump is taking the US out of the joint US/Russian/European agreement with Iran.

Already, the RAC has reported that the price of oil has jumped to $77 a barrel on the back of the news and a four-month low in the pound; marking the highest point for oil prices since November 2014.

But some oil traders are now speculating on Brent Crude moving upwards not just to $80 a barrel or even $100 a barrel but to $150 a barrel, which would break through peak oil last seen in 2008.

Any fuel price rise would follow a near 3p increase for both petrol and diesel in April  – the biggest increase for 16 months – and could send prices spiralling.

But Brian Madderson, chairman of the PRA, said this might be a conservative view of the impact, adding: “The worst outlook of above $100 oil could send pump prices towards the record levels of 142ppl for petrol and 148ppl for diesel reached in April 2012.”