As Lex Autolease completes what may have sounded like an ambitious five-year plan ahead of deadline, managing director Tim Porter reckons it’s laid some interesting foundations for what lies ahead. Alex Grant finds out more. 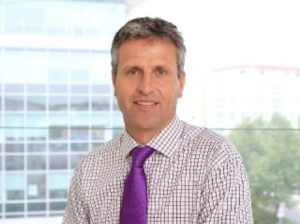 It speaks volumes about the scale of Lex Autolease that when, in 2013, it announced plans to grow its fleet by a staggering 100,000 vehicles over five years, it seemed ambitious rather than impossible. It speaks even higher volumes for the work undertaken since Tim Porter took over as managing director four years ago that not only was it able to meet that 380,000-vehicle benchmark, but it’s happened eight months ahead of deadline.

So, with the company’s next five-year plan beginning to take shape, what comes now? Porter explains: “We’re planning apace now for the next phase; it’ll be less focused on outright growth, we see that as an output rather than an upfront objective. The way that we’re describing some of the initiatives that will sit at the heart of the next five-year plan is it’s all about making the growth we’ve achieved – and what we may do – sustainable. In a business sense, sustainability is all about customer service, proposition design, and those sort of customer motivations.”

The foundations have been laid, he says, the company’s customer base giving it 130,000 potential advocates, rather than the 50,000 it had in 2013, which in turn offers a natural momentum provided it can maintain a high level of service. That means prioritising improvements which offer simpler, more automated, and more digitised services, Porter explains, in line with expectations from other industries.

“There’s a bigger opportunity still in the SME and personal leasing market, but our learning over the last four years is they don’t like complex propositions,” he says. “Our challenge is a full service leasing proposition with all the trade-ins. We’ve got to make it feel very straightforward to an SME or a personal consumer.”

Especially as there are further complexities ahead. The next five years will include the adoption of the new fuel economy cycle and real-world emissions testing – something Porter sees as industry-defining, but also an operational challenge for lease companies, with the potential to confuse end-users as it becomes more prominent. There’s also a growing appetite for hybrid and electric vehicles, not just as a PR stunt but for core roles within corporate car and van fleets.

“One thing we’re investing in for the next phase is how we can bridge what we see as quite a big advice gap for customers. Even what you would believe to be quite savvy customers are confused about getting diesel or petrol, new or used, the range of an electric vehicle and whether it will be out of date in three years. I think, as an industry, we’ve not done a great job, and as a business we see an opportunity there,” he says.

“It’s making sure we’re efficient, giving them the information when they need it. We’re already doing this, but I’m sure we can do it better and hook people into a process which is straightforward.”

Some of that information can draw on the customers themselves. With vast numbers of vehicles on its books, Porter sees huge value in the operational data within the business. Data which could be used to help fleets benchmark, or even potentially augment knowledge at local authority level when they develop air quality plans.

“We’ve got lots of insight on a very large fleet, which is quite powerful,” he explains. “That’s one of the things we’re going to unleash to a greater extent than we have. We’re looking at the opportunity of comparing fleets of a similar size and makeup within the same industry sector, using anonymous data, so Company X can compare with three or four other companies based on criteria that they select. We’ve been piloting it ahead of the launch which is due before the end of the year, and it’s proving very interesting to them and to us.”

The bigger challenges aren’t quite so immediate, but they are no less transformative. Not in terms of the widely-discussed move to autonomous vehicles, Porter says, but rather the steady decline of the company car market and a move to ‘Mobility as a Service’ as businesses offer more flexible working lives, and consumers become more familiar with assets being on-demand.

“Will that change people’s demand for a car to get to and from work?” he asks. “It may be a car that gets you to and from the station and, if you’re doing that, it may not be long before you say you do that in a taxi, or cycle or share a car, or all of the above. Then you start to get into this space of leasing providers as service providers, rather than finance providers or car providers, and you start to see the service that’s demanded of us changing.”

Which perhaps lays out a more ambitious five-year period than the one just elapsed; of forming relationships in the technology sector as well as automotive, and closely watching consumer behaviour to see where the market is headed. Porter is optimistic about the opportunities ahead: “Our challenge is to scope out what’s most relevant, most interesting, and our responsibility as a big leasing company is not to run off to the next shiny thing,” he concludes.

“We have the ability to identify the things that we think customers want and need, and then I guess our value in this is to be a fast follower and to accelerate the adoption and usage to as many people as possible.”

Recognising personal and SME leasing as a growth area, Lex Autolease drew on the wider Lloyds Banking Group to boost referrals, and updated its offer with white label solutions for manufacturers, relationships with brokers, and its own direct sales model. It’s been a worthwhile investment; rapidly growing its customer base as consumer attitudes changed and expanding quicker than expected.

Operators with 7,000 or more vehicles had tended not to consider vehicle leasing, Porter says, based on a perception that there wasn’t a business big enough to support them. Investment in proposition systems and upskilling team members for these customers has paid dividends, winning “three or four businesses in that segment as a consequence”.

A market defined by diverse needs, Lex Autolease has bolstered its commercial vehicle team to include 30 staff members with services to suit different fleets. Large operators with a need for bespoke, complex orders can pre-spec them online, enabling easier orders from staff. For smaller fleets, Lex Autolease has a ‘stock’ of basic commercial vehicles, enabling delivery in weeks rather than months, and better value for money.