By Steve Moody / 4 years ago / Interview / No Comments

Mercedes’ head of fleet, Rob East has taken over at a brand that has seen huge growth in fleet in past few years. Steve Moody finds out what is next. 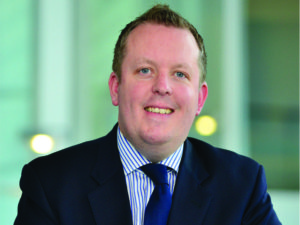 To many, it might seem simple to come in as head of fleet for one of the German premium brands. You turn up, get handed a wide variety of fabulous products, and then just watch them roll off into customer car parks. But Rob East, Mercedes’ head of fleet, is taking nothing for granted.

“We’ve got a great story, but it’s fair to say that prior to 2010 we were inconsistent in the market and not as competitive,” he says. “But since then, with the launch of our direct sales programme and plethora of new products, our growth in fleet has been phenomenal. I feel very fortunate that Nick Andrews (the previous head of fleet) put a strong platform in place for us to grow, and the launch of our direct sales programme saw explosive growth and allowed us take a competitive share against the other premium brands.

“We’ve got a really sustainable blend of balanced sales. The market is always ferocious and competitive, but we have great product that absolutely works from a TCO perspective, and we’ve got unchartered levels of end user demand.

“We saw last year growth of about 16% across all channels in key fleet and business channels and as much as 23% through our direct sales programme, where we’re engaging with the leasing companies and large end users. So that’s where we’ve been able to have this explosive growth.
“We came from a relatively low base to be fair, but we’ve worked hard with the leasecos to explain our new product, and that means they then can take a bullish view around our new product. It’s a very consultative process, and we spend a lot of time talking to them about what we are doing to ensure they are fully aware of our offering.”

East says: “At the heart of the growth is that end users are saying ‘I want a Mercedes-Benz’.”

He adds: “On a broader level we have invested heavily in what we call ‘brand sharpening’. So whereas historically we might have been considered to be for a slightly older audience, with the launch of products such as A-Class we are appealing to a much broader audience, while appealing to our core customer base and ensuring choice for everyone.”

East knows about giving customers a great experience. He joined Mercedes in 2009 and set up the firm’s much-vaunted and ground-breaking customer driving academy at Brooklands. After that he became head of Smart, was then head of national fleet sales, before taking over as head of fleet in July last year.

The job will be to take the brand on another step, because A-Class has been around for four years, and has been a phenomenal success, opening up the Mercedes-Benz brand to a much broader cross-section of people and Mercedes’ number one seller, followed by C-Class and new E-Class, which has been launched to much acclaim.

The trick now for East is to convert those A-Class drivers who are moving up the corporate ladder into the next level of product, and what they may end up in is changing too. The traditional path through C-Class and E-Class is altering, as tastes change.

“When I joined in 2009, we had around 20 models, now we have 30, and by 2020 we’ll have 40,” says East. “What is important is we now have product in key growth sectors. GLA, GLC, and GLE have been really well received in the marketplace, and they’re in growing fleet sectors. What we’ve seen is that end users used to have very defined car listings, but now, particularly in the blue chips, we’re seeing much more flexibility, so that employees can now either take a car, or a mid-size SUV. Every brand needs a very strong SUV offering. So when you look at GLC for example, the running costs are not prohibitive.

“We have got to ensure that at every point we deliver the best customer experience. Once we have them, we want to maintain that relationship indefinitely. The end-user fleet driver has the the same expectation as a retail customer so we must ensure that happens. Everything should be an exemplary experience, and to that end we will be making changes to our local business programme too. Smaller business still want to have that relationship with their local retailer. Yes, there’s some migration into broker channels, but there is still a requirement, so we have to continually develop out network.”