By Steve Moody / 6 years ago / Interview / No Comments 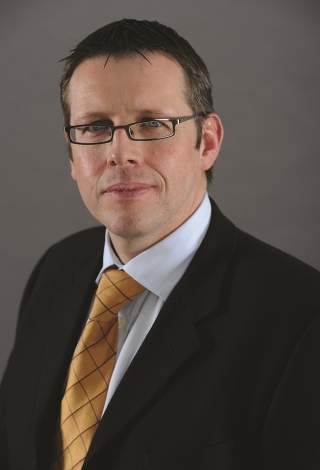 Barry Beeston reckons Nissan deserves more attention for the position it occupies in fleet. He might well be right.

For, in volume terms for cars, once you get past the big three and then the German premium brands, you find Nissan. Nissan, which has a supermini that doesn’t really sell in great numbers in the UK, and until the arrival of the Pulsar in the second half of last year, had no traditional C or D sector offering either. So it’s down to crossovers of varying sizes such as Juke, Qashqai and XTrail, electric vehicles and vans.

It might seem that its products are niche offerings, but they do not sell in niche volumes. Last year was a record year for Nissan’s Corporate Sales, with just over 63,000 passenger cars registered, which was an increase on 2013 of 13.6%, and a market share of 5.4%. Overall, including vans (which were supply constrained – and so a missed opportunity in 2014, Beeston says), Nissan sold 71,751 vehicles in the fleet sector last year. The story for this year will be stronger still, Beeston reckons.

“This year, we will aim to do closer to 80,000 units in fleet, and that is down to a number of factors. For a start we have a new leadership team who are all experts in their fields, as well as having the new Pulsar, the continuing strength of the new Qashqai, and the electric vehicle market continues to mature and expand.”

The Qashqai is a continuing phenomenon, selling in remarkable numbers at around 30,000 units a year with residual values impervious to that volume it seems, and the new model has picked up where the old one left off.

Beeston adds: “The Qashqai continues to be a major success story for us, and especially with it being British built too. The advantage of being produced in the Sunderland factory is that it gives us a flexibility when it comes to product planning and ordering: we’ll never have too many entering the market at any time, putting pressure on prices and used values.”

The other notable aspect of last year’s sales was the sudden and dramatic uptake of LEAF among fleets, to 1,200 units, making it by far the biggest seller in the electric vehicle sector. Beeston puts this down to the increasing momentum and acceptance of EVs in the corporate market, and the firm now has a dedicated EV resource headed by Karl Anders, previously a fleet consultant at the Energy Saving Trust, to ensure that every opportunity is explored.

The second half of last year saw the launch of the Pulsar, a family hatch that received lukewarm reviews, principally for the lack of ambition when set against the much of the rest of the Nissan range, but Beeston contends it will be an important car for the brand, offering a complete mid‐sector portfolio to those fleets who need it.

“We launched five outstanding new products throughout the year to give ourselves one of the freshest and most exciting line‐ups in the industry and increase our coverage of vitally important market segments, including the core C‐segment.

“This created real energy around the brand and, as a result, we were able to significantly strengthen our relationships with existing fleet customers while opening doors that had never been open to us before.”

But it has not been just about launching new cars, Beeston says: “Over the course of the year we’ve made significant improvements to our customer experience by improving our nationwide network of specialist Business Centres, introduced an enhanced fleet website and expanded our fleet sales team.”

The investment in new staff across leasing, EVs and corporate sales means Nissan has one of the most experienced fleet teams in the industry, while there has been a big focus on customer insight, Beeston reckons, finding out exactly what fleet customers are looking for, as well as some reworking of the way the 61‐strong Business Centre network operates.

“Previously there had been a bit of a tick‐box culture to become a Business Centre, but we are working much more closely with the network and they must be able to deal with large fleet aftersales as well as have in place a more rigorous SME programme. In return we are offering significant resource to help them.”

It’s no wonder that Beeston thinks Nissan hasn’t shouted about its successes loud enough in the past. But with the huge number of new people, products and processes, it looks as though Nissan Corporate Sales isn’t likely to be the industry’s best‐kept secret for long.