By Alex Grant / 2 years ago / Interview, Opinions / No Comments

ALD Automotive is working closely with fleets to help them make sense of an ever-evolving landscape – and head of consultancy, Matt Dale, says there’s no sign of those changes slowing down any time soon. By Alex Grant. 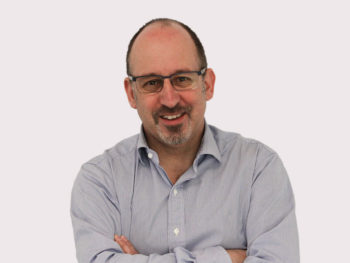 Traditionally known for its long-term decision-making, the fleet sector has faced an onslaught of technological and political changes recently which have completely undermined the status quo. There are new opportunities for forward thinkers but equally there’s also no excuse for burying heads in the proverbial sand.

For Matt Dale, head of consultancy at ALD Automotive, understanding how that next chapter will unfold is just as vital for suppliers as it is for fleet operators. “One thing I tell new starters is, while we’re a leasing company, this sector is increasingly providing more than just vehicles. The industry is changing quickly, so there’s a real need to understand the complex challenges customers face, and offer flexible, bespoke solutions to suit their goals.”

This has become a complicated conversation. ALD has produced ‘State of the Nation’ reports since the end of 2017, which are updated monthly and presented individually to customers, either at their premises or at ALD’s Bristol headquarters, as an overview of the ever-shifting backdrop to any decision-making. In the last six months 39 corporate fleets have been through the process and discussions are lively, typically at least doubling the allocated 35-minute meeting time. Change is coming so quickly that some customers are returning to discover the goalposts have already moved again.

Old habits die hard. Dale says it’s not unusual to find businesses still making decisions based entirely on monthly finance costs or having diesel-only policies solely based on fuel economy. Total Cost of Ownership has become far more dynamic and old models increasingly don’t apply. For example, diesel has not only experienced a softening of residual values and a 10p per-litre price disadvantage, but it’s also been impacted more than petrol as a result of the move to ‘NEDC Correlated’ data. That said, there is still a desirability for diesel in the used car market.

Thankfully the alternatives are making increasing financial sense, and Dale has pushed to make sure ALD is familiar with them. The company not only installed charging points in its own car park when it moved office in 2017, but it put foundations in place to make it easy to add more. Last summer, two-thirds of its company car drivers were opting for plug-in hybrids, and it had to double the number of charging points to meet demand.

This also means it’s been able to generate a lot of real-world data, collected via its own ProFleet2 telematics system. Last year’s trial of 20 plug-in hybrids, for example, highlighted cost savings for users covering up to 20,000 miles per year and demonstrated that 77% of all journeys were under 100 miles – easily within range of a fully electric car. As new models offer twice that range, which is rapidly becoming the norm, they could cover 94% of the journeys recorded.

“There are still people who believe [electrification] won’t happen, and diesel will come back, but I think we’ve got to realise we’ve passed that point. Internal combustion engines have a place for a long time, but I don’t think diesel will ever recover, from a volume perspective, to where it was in its heyday. I think it will gently disappear.”

For fleets, the good news is an expected fall in whole-life costs as electrification becomes more common. Not only due to cheaper fuel and maintenance, but because depreciation is very different. With fewer moving parts than a combustion engine,

EVs don’t reach the same crossover point – typically three years and 60,000-miles – where maintenance outweighs the cost of replacement. In theory this should offer a steadier depreciation curve, but it’s not always that straightforward, as Dale explains.

“The concern at the moment is the price of vehicles; they’re expensive, manufacturers are expecting them to retain a high percentage of their value and they’re not travelling far enough on a single charge yet. Some high-end vehicles are only achieving 250 miles [to a charge] – in five years’ time, when there are 400-mile ranges coming in, there is likely to be a fall-off in the values of those early, premium brand cars.”

Political pressure doesn’t help. Diesel penalties and an unclear view of company car tax are making some customers consider cash allowances instead. Dale says many are unaware of the potential rise in CO2 emissions for doing so, and the longer-term CSR problems it can cause. But, he adds, some are open-minded. “What we’ve found is people are happy to say; here’s my petrol or diesel policy, and if [drivers] want to step into a plug-in hybrid or electric car they can go outside of the standard policy. We’ve had four customers doing that in the last three months,” he says.

Unfortunately, this won’t get much easier. The UK’s first clean air zones will go live by the end of 2020 and 60 are planned by 2025, each potentially excluding or charging vehicles to enter. Aside from the direct costs, especially for van fleets, ALD is warning that companies within these zones could become less attractive employers once staff are charged to drive to work. Dale says clean air zones could also cause a rush for Euro 6 compliant vans, furthering shortages due to disrupted supply as manufacturers re-test them under WLTP conditions.

Again, planning ahead is essential: “Around 70% of the vans on the UK market are not clean air zone compliant – who is going to want to buy a Euro 5 van in 12 months’ time? What happens in 2025 when those clean air zones go electric only? Where London goes, it’s likely the rest will follow, and suddenly you could have issues with residual values,” he explains.

Some of the issues aren’t confined to the UK. Manufacturers are focused on 95g/km EU-set CO2 averages for 2021, and vehicles under 50g/km count twice towards those averages if they are registered in 2020. The combination of NEDC Correlated CO2 emissions and the decline of diesel means every car counts. Options and derivatives are disappearing, and plug-in uptake is heavily limited by supply – a bigger picture that customers don’t always appreciate, says Dale.

Getting this right requires a tailored approach. ALD launched its Mobility Experience in the UK last year – an immersive, interactive process which brings “everyone who should be talking about fleet” together at the company’s headquarters to develop a bespoke business travel plan – including overcoming the challenges of offering alternatives to cars and vans, where necessary.

“It’s no longer about a company car that’s in two grades,” says Dale. “We can create what [customers] want, but [they’ve] got to test it, because [they’re] at the sharp end and this is new. But the car is still key – we haven’t had anyone turn around and say they don’t need cars anymore.”