Motor insurer Ageas and the Road Safety Foundation are calling on the Government to commit to investment in safer roads as a new interactive map reveals Britain’s riskiest roads. 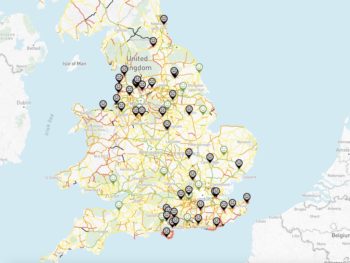 Research by the firms has found that half of Britain’s roads deaths take place on around 10% of the road network and the new interactive map identifies 40 ‘persistently higher risk’ roads which had an average of at least one fatal or serious crash per mile along their length in the three-year survey period (2014-16).

According to the two organisations, a single investment of £75m on these roads is urgently needed and would prevent an estimated 1,100 fatal and serious injuries over the next two decades. They also say that supporting this with a further £75m annually for five years thereafter could prevent as many as 5,600 deaths or serious injuries over the next two decades with a prevention value of around £2bn.

Latest figures from the Department for Transport show there were 1,793 reported road deaths in 2017, an increase of 1 on 2016, and showing little change since 2011.

The Safer Roads Fund was part of an investment package announced in 2016 by the Department of Transport to upgrade 50 of England’s most dangerous local A-road sections. This £100m is projected to prevent 1,450 fatal and serious injuries over the next 20 years, with a prevention value of £550m, but the fund hasn’t been replenished.

Suzy Charman, executive director of the Road Safety Foundation, said: “If we’re to achieve the shared international goal of zero road deaths by 2050, we need to tackle road casualty reduction with purpose and determination. Continuation of the Safer Roads Fund would be one critical way of achieving that goal. Road deaths are preventable and we must get back on track.”

Previous: EU urged to push ahead with future safety standards
Next: Four out of five fleets don’t have vulnerable road user policies