Craig Thomas speaks to Graham Gibson, chief claims officer at insurer Allianz – and also the current chairman  of Thatcham Research – about the seismic changes autonomous driving will have on the insurance market. 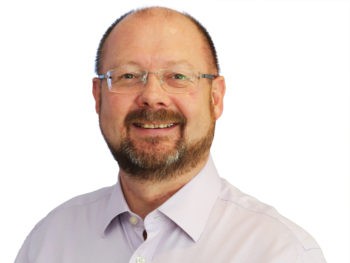 Autonomous driving is on the horizon – and closing fast. Industry experts are united in their view that self-driving cars will be reality within a decade, even if there’s some disagreement over exactly when the tipping point will come, and we’ll all be sitting back and letting the car take the strain.

There are obstacles in the way, but few of them seem to be technological. One of them seems to be consumer understanding – which is apparent when you consider that a recent Thatcham Research/Euro NCAP survey found that 11% of drivers think that their cars currently have sufficient self-driving capability to allow them to take a nap behind the wheel.

With that many people lacking the basic understanding of how current driver assistance systems work, and how far the automotive industry still has to go before there are truly autonomous cars on the road (despite what much of their marketing suggests), the motor insurance industry is going to be busy over the next few years.

One man who’s already busy is Graham Gibson, who combines his day job as chief claims officer for insurance giant Allianz with the chairmanship of Thatcham Research, the UK member of Euro NCAP that is leading the safety organisation’s development and assessment of the latest vehicle safety technologies, including assisted and autonomous driving.

However, Gibson made time to speak to Fleet World about the technology we can expect to see in the coming years and how that will have an impact on the insurance industry – and society.

“The vehicle is entering into what I call phase 2.0, which brings with it a whole new range of things that we need to understand, both from a manufacturing perspective, a running perspective and, when it gets to our end, how we fix them and what that looks like from a repair perspective,” he says, setting out the situation ahead.

“We come at it from two very distinct directions: so, when one of these things is in an accident, what do we do to fix it? The second aspect is in terms of the vehicle being much more responsible for itself versus the individual who’s driving it. How does that change the underwriting models and the relationship between driver and car?”

Big questions ahead, then. These are issues that need legislators, carmakers, insurers and vehicle users to start considering right now, but we can’t expect any easy – or, indeed, quick – answers. “We’ve got a 35 to 40-year period where it’s going to be really tricky, in terms of understanding how different vehicles react and also understanding how the underwriting models work from an insurer’s perspective,” he explains.

That has implications for fleet users, too. “Ultimately, that will feed into fleet ratings and have an impact on fleets, in terms of what type of fleet you adopt and what type of technology your fleet has. Funnily enough, heavy goods vehicles are probably further advanced than your average car, in terms of the compulsory fit of ADAS systems. And understanding how the different technologies work will be a driver in terms of how premiums are calculated.”

It doesn’t help that carmakers are all rushing to be the first to create vehicles that are truly self-driving – which the Society of Automotive Engineers classifies as Level 4 on a five-level scale of autonomy. Level 4 enables vehicle users to hand control over to vehicles, but also requires them to take over at times: Level 5 is self-driving cars that require no human input at all. Such a rush isn’t helping the insurance industry, especially as there is likely to be some consumer confusion surrounding Level 4 cars, which could do more harm than good.

“If you speak to insurers, if we had our wish, we’d ask manufacturers not to make Level 4 cars: just go from three straight to five,” Gibson explains. “Because Level 4 is very difficult, in terms of are you or are you not engaged with the vehicle? Are you assisted or autonomous? That is a very messy area, but when there are true Level 4 vehicles on the road, that’s when we’ll start to see an inflexion point and the underwriting position change from starting with assessing the human, to starting with the car. When we get to Level 5, the human has very little to do with whether or not a vehicle has an accident or not, or how it works, and we will start with the vehicle.”

The interim period is certainly going to be a confusing place for many insurance consumers: “We’re going to get to a very strange place, in as much as if you buy a £100,000 executive car with lots of autonomous kit on it and you also have a supermini, which has no autonomy on it, the likelihood is that the premium for the supermini will be more expensive. So how would you actually say to a customer, ‘That’s all because of the technology’? That’s quite a detailed, tricky conversation to have, but we can definitely see that type of scenario arising.”

Gibson is confident of the benefits: “I don’t think there’s any doubt that you will remove a significant amount of accidents by going to a fully autonomous position. There’s no doubt that the total cost of ownership for fleets should reduce. You’re even getting into question marks around drivers or users, with platooning meaning that you can have one driver effectively driving five lorries. That technology reduces fuel cost by up to 15%.”

Insurance costs will also bear little relation to what they are now. “There’s no doubt that as the technology starts to bite, in terms of reducing frequency and preventing accidents, that the cost of insurance will reduce,” Gibson says. “I think there is an argument that that will start to get wrapped up in the overall cost of ownership.”

But before we get there, the legislators have to pass laws that will allow autonomous cars to take control on the public highway. Parliament’s focus on Brexit has meant that the current liability legislation that is being considered has already been three years in the pipeline and, by the time it is enacted, will have taken four years. With the pace of change in technology, this has to be sped up if it has any chance of not being out of date by the time it hits the statute books.

But with legislation making self-driving cars possible, consumers will soon be embracing the benefits. As Gibson says: “The only barrier is people’s thought processes. When you get past how it’s going to feel sitting in a car that’s driving itself, I don’t think there’s any barrier at all. It’s going to make the world smaller and quicker. There are all sorts of social benefits that I don’t even think we’ve begun to explore.”

Insurers such as Gibson clearly see autonomous cars bringing numerous benefits, including fleets being unlikely to need insurance policies as we now understand them. That might seem like the insurance companies are like turkeys voting for Christmas in welcoming autonomous cars: in reality, all it means is that they will be covering vehicle manufacturers and component suppliers with huge corporate policies, rather than selling policies to fleets and individual car owners.

No collisions, no insurance premiums to pay – the downsides of autonomous cars are getting harder to find the further we go down the road towards them.