Insurance Premium Tax is to rise from 10% to 12% from the start of June 2017, though measures will be put in place to combat “whiplash culture” in the UK and help keep prices down, the Chancellor has announced. 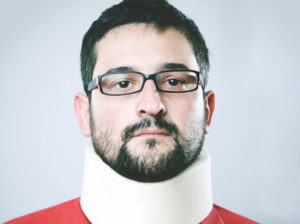 In his announcement, Philip Hammond said the new rate was still lower than many other European countries, explaining that the rise was “in order to raise revenue which is required to fund the spending commitments I am making today”.

The Treasury added that “IPT is a tax on insurers and it is up to them whether and how to pass on costs to customers”.

RAC director of insurance Mark Godfrey said: “After a recent double rise in Insurance Premium Tax, this further increase is a slap in the face for motorists who will surely see their premiums once again increase. It will mean three rises in in two years and a more than doubling of IPT from 5% to 12% making Insurance Premium Tax the stealth tax of our time.

Mr Hammond also confirmed the Government’s intention to legislate next year to end the compensation culture around whiplash claims – “a major area of insurance fraud’ – as announced last week.

The previously published consultation paper outlines plans to scrap the right to compensation or put a cap on the amount people can claim for minor whiplash injuries, which would see the average pay-out cut from £1,850 to a maximum amount of £425. Compensation would only be paid out if a medical report was provided as proof of injury. The move is expected to save drivers an average of £40 on annual premiums.

The RAC’s Mark Godfrey added: “We are also concerned that the Government’s whiplash reforms, while welcomed, will not achieve savings for motorists as only a small number of insurers have so far committed to passing the savings on.

“The Chancellor may now be at risk of encouraging some hard-pressed motorists to break the law by driving without car insurance, which will further increase premiums for law-abiding drivers. We would urge the Government in the name of road safety, to reconsider this rise.”

Previous: Chancellor commits £1.3bn to roads
Next: No rise in fuel duty