By Jonathan Musk / 2 years ago / Features / No Comments

Vehicle cameras have come a long way since the low-res dash cams of the ‘noughties’ and now provide a tangible solution to not only monitoring vehicle fleets, but also providing telematics services. Jonathan Musk talks to Errin McNamee, managing director, Camera Telematics. 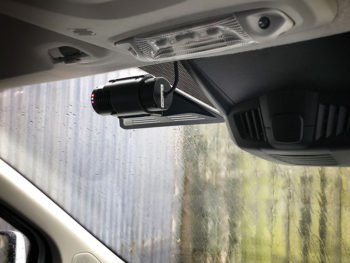 Street Angel is a camera and telematics device made by UK-based Camera Telematics and should more accurately be described as a ‘Video Event Data Recorder’. It’s a new generation of device that integrates several technologies into one single and simple unit.

“The real push in the industry is for a merge between video technology and vehicle tracking,” says Errin McNamee, MD.

The device is a single unit that fits neatly in the windscreen and has internal memory to record video, while its various accelerometers measure G-forces. Installation takes less than half an hour in most instances.

When the device detects an event, it records a 10-second video clip by default, which is then uploaded to a cloud server, as well as sending an automated FNOL (First Notification of Loss) email alert – important for insurance companies.

Using 4G to upload videos, the device is also equipped with an internal battery so that if there’s no reception it can upload data as soon as its signal returns.

Supporting the device is a web portal, as well as iOS and Android apps that offer comprehensive controls. On top of the device and system, fleet managers will be interested to learn that Camera Telematics uniquely provides a 24/7 monitoring service included in the package that ensures every single video is watched by a person who will escalate accidents, near misses or tampering. This ensures email inboxes aren’t filled with false alarms, so that fleet managers can concentrate only on incidents that genuinely require action.

What’s special about it?

The device is equipped with in-built 128GB storage rather than a cheaper microSD card, which Camera Telematics says offers more capacity and reliability as standard than competing units. In addition, since clips are stored on the cloud as well, footage is retrievable at any time.

Combining devices makes a lot of sense for most fleets, as the Street Angel can effectively replace a separate tracking system since it records the same sort of data, saving money. In addition, Street Angel can be combined with up to three other identical units, to create a multi-camera solution without the need for different devices. “This is important for FORS accreditation and forthcoming standards like DVS [Direct Vision Standard] in London,” adds McNamee.

Furthermore, because they record telematics data the devices can be used for training, with each driver initially given 100 points that are then deducted from each time the device detects harsh braking or speeding, for example.

Equipped with the latest on-trend tech – 4G, Bluetooth, Wi-Fi – and recording in 1080p, the video event data recorder also uses an AI learning algorithm to identify objects in footage. McNamee comments: “The more information it sees, the better it gets.”

How much does it cost?

Street Angel isn’t the cheapest on the market at £349/device, yet McNamee argues that thanks to the increased amount of technology over its competitors, it provides better value for money.