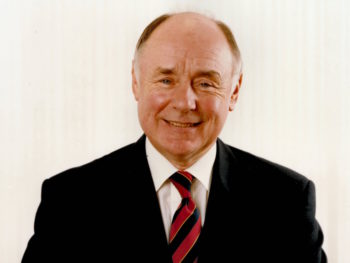 He held a number of sales and customer-facing roles over 30 years with BCA, including as director, customer affairs, before retiring in July 2006, and was credited by the company as a well-known and much respected motor industry figure.

Madden was also a founder and chairman of the Institute of Car Fleet Management (ICFM); the organisation said that under his tutelage, the ICFM went from strength-to-strength, which was no “doubt influenced by his unique blend of old school determination, coupled with charm and business gravitas”.

ICFM director Peter Eldridge, who served alongside Tom on at the board, said: “I was saddened to hear of the death of Tom, a true gentleman of the fleet industry and I have great memories of working alongside him during his 11-year stint as ICFM chairman.

“In particular, I will always cherish his wonderful command of the English language, which was at its peak when delivering his ‘state of the nation’ speeches at ICFM’s Annual Conferences, in the way that only Tom could carry it off – calmly and with great dignity.

“He retired some years ago not only from ICFM but also from a lengthy vehicle remarketing career at BCA, and will be greatly missed. He left his mark on the fleet industry in general and the ICFM in particular.”

Everyone at the ICFM and BCA sends their sincere condolences to Tom’s wife Christine and his immediate family at this difficult time.