The City Hall announcement of a freeze on non-essential road repairs could bring increased disruption for fleets while impacting on profitability. 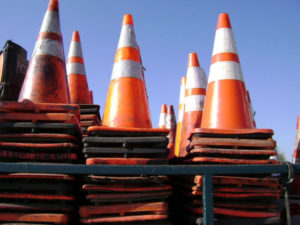 From 2021, the £500m raised every year through Londoners’ Vehicle Excise Duty will only be invested in roads outside the capital

The two-year freeze comes as TfL’s budget falls £700m a year after the Government’s decision in 2015 to remove the operating grant while the Government has also announced that, from 2021, the £500m raised every year through Londoners’ Vehicle Excise Duty will only be invested in roads outside the capital.

Speaking at the time, the Deputy Mayor for Transport Val Shawcross warned this could lead to increased disruption, with more road closures and possible speed, size and weight restrictions.

And now the Freight Transport Association (FTA) has said the cut in funding will have a disastrous impact on the Capital’s ongoing financial profitability as it highlighted that while TfL maintains only 5% of London’s roads, they carry up to 30% of the traffic.

FTA’s head of urban policy, Natalie Chapman said: “Whatever the reason for this announcement, Transport for London must appreciate the importance of ensuring London’s roads can carry vital deliveries such as food, medical supplies and building materials. The suggestion that size or weight restrictions might be introduced, due to a lack of maintenance is entirely unacceptable.”