Drink and drug driving offences are up year-on-year across the UK, according to new insurance quote data revealed by MoneySuperMarket. 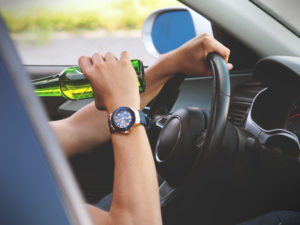 Sunderland has been named the UK’s drink and drug driving capital, according to MoneySuperMarket insurance analysis

The figures follow last week’s publication of the Department for Transport’s Motor vehicle offences (RAS61) statistics, which actually showed that serious offences such as dangerous driving and careless or drunken driving have fallen from 276,000 to 179,000 over the last six years, although speeding is at a six-year high.

MoneySuperMarket also revealed the postal areas with the highest rates of drink and drug driving convictions ahead of the festive season. Its interactive map shows that those living in Sunderland have the highest number of drink and drug driving convictions, with nearly three (2.91) for every 1,000 drivers, an increase of 1.3 compared to last year. Truro in Cornwall (2.6) and Coventry (2.53) follow in second and third place, with all three areas entering the top 10 for the first time.

At the other end of the scale, the postal area of North London boasted the lowest rate of drink or drug driving convictions, with just 0.59 convictions per 1,000 drivers.