Results are now in from the first-ever Fleet World WLTP Challenge, which shows how the new WLTP cycle is reflective of real-world driving economy – and can even be exceeded with the use of everyday smarter driving techniques. 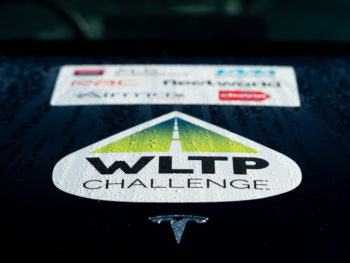 The latest evolution of the long-standing MPG Marathon, the WLTP Challenge one-day economy driving event saw more than 20 vehicles drive a 220-mile route from Bristol to the Midlands and back, including various waypoints and time restrictions, designed to simulate a typical journey for an employee driving on company business.

As a result, the event highlights that consumers can have full confidence in the official published fuel economy figures for new vehicles in the UK.

Stand-out performances include the vehicle attaining the lowest fuel consumption on the day – Vauxhall’s Astra 1.5 diesel – which posted 84.99mpg (a 40% improvement on the official WLTP figure) with experienced driver Andrew Duerden at the wheel. Meanwhile Honda’s CR-V achieved an incredible 70mpg from its 2.0-litre petrol hybrid engine (70% improvement) at the hands of expert economy driver Fergal McGrath; and SEAT’s new fleet-favourite Tarraco, driven by fleet manager and self-confessed efficient driver Richard Morcom, managed to eke out over 51 miles for every gallon of petrol (a 39% improvement).

For commercial vehicles, Mitsubishi’s L200 Barbarian posted a remarkable 62% uplift compared to the official WLTP figure, while event partner RAC’s patrol van – piloted by Patrol of the Year Ben Aldous – exceeded its official figure, despite carrying all the equipment needed for its everyday roadside assistance duties.

Meanwhile, Hayley, who had never received any formal driver training until shortly before the event, achieved 73.32mpg at the wheel of the Suzuki Swift (a 43% improvement), which again shows the benefits of the IAM RoadSmart smarter driving techniques as well as the inherent fuel efficiency of the vehicle.

Likewise, Neil and Barry of ALD Automotive had no previous training and, together, managed to beat the official WLTP figure on the Hyundai Ioniq Hybrid by 6%, on a vehicle that is arguably more suited to shorter, more urban journeys – much like the plug-in hybrids on the event.

As highlighted by the BBC News coverage, what these results show is that it’s not only the vehicle that you drive but the way that you drive that affects fuel consumption. Experienced eco-drivers are capable of achieving fantastic fuel economy from any vehicle but smarter driving techniques can be applied by any driver, at any time. Employing greater anticipation, avoiding harsh acceleration and braking, and maintaining vehicle momentum are all key to increasing mpg.

The event also highlighted how electric vehicles are the future for fleets. All three pure electric vehicles (EVs) – Audi e-tron, Nissan Leaf and Tesla’s new Model 3 – were able to complete the same route and timing schedule as their petrol, diesel and hydrogen counterparts, and each of them did so whilst beating their official published efficiency figures (measured in miles per Kilowatt hour or miles/kWh).

To put this into context, in a direct comparison with diesel and petrol-powered vehicles, the cost of a Nissan Leaf completing a 220-mile journey would be £10, whereas a diesel vehicle averaging 70mpg and completing the same journey would cost £19, rising to £25 for a petrol vehicle averaging 50mpg. These figures show as battery technology develops and ranges get longer, electric vehicles’ viability and cost-efficiency for fleets and private motorists will increase too.

WLTP Challenge 2019 organiser, Luke Wikner commented: “The WLTP Challenge 2019 just goes to show that every driver, be they a private motorist or a company car driver behind the wheel of any vehicle, can make significant incremental improvements to their fuel economy. Smarter driving in this way ultimately leads to safer driving, lower fuel bills, lower insurance, lower stress levels for drivers and fleet operators and a happier mobile workforce.

“The Challenge also underlines that the new WLTP test procedure is already proving its worth. Gone are the days when motorists can say that they will never achieve their vehicles’ official fuel consumption figures, as the latest official WLTP figures will be representative of most drivers’ real-world fuel economy, most of the time.”

BBC News reported on the WLTP Challenge 2019 throughout the day – see the coverage below (from 5:30mins onwards)
https://www.bbc.co.uk/iplayer/episode/m0009gkf/points-west-evening-news-14102019