Used car platform Cazoo has expanded in the UK just seven months after it officially launched in the marketplace. 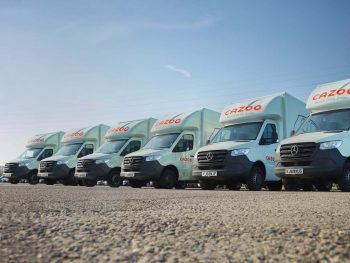 Cazoo said the deal provides it with a national network of storage, distribution, after sales and collection hubs

Developed by property website Zoopla founder Alex Chesterman, Cazoo enables customers to buy, finance or rent a used car online and have it delivered it their door within 48 hours; it claims to be effectively ‘Amazon-ing’ the used car market.

It’s now acquired used car dealer Imperial Car Supermarket, which offers more than 2,500 nearly new and used cars for sale from 18 locations across the UK,  supported by a number of service, preparation and support centres.

Cazoo said the acquisition, details of which have not been announced, would bring together its digital and marketing capabilities with Imperial’s infrastructure and expertise, and would provide it with a national network of storage, distribution, after sales and collection hubs.

Other key developments at Cazoo in the last month have seen the firm raise a further £25m of funding, join the exclusive list of ‘unicorns’; companies with valuations of over $1bn, announce two major football sponsorship deals with Everton and Aston Villa, and appoint Stephen Morana as chief financial officer.