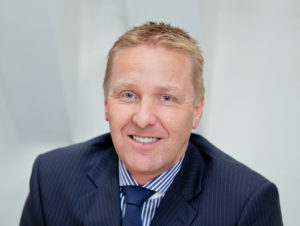 Last month saw the chancellor reveal that salary sacrifice schemes, including on cars, would be subject to new tax rules from April 2017, although schemes for sub-75g/km ultra-low emission vehicles would be exempted along with pensions, pensions advice and cycle to work schemes.

In response, Tusker says that the perceived impact on car schemes has been overstated. Looking at vehicles delivered on its own schemes this year, a total of 46% would not have been affected by the Government’s changes; either because drivers opted for a ULEV or because they are already paying more in Benefit in Kind than tax on the salary being sacrificed.

The firm added that of the remaining 54%, over a quarter will see an average increase of just over £2.44 per month.

Tusker also set out its view that where there is a larger increase, drivers will choose a different car which isn’t affected to anywhere near the same extent.

CEO David Hosking said: “Employers and employees have been quick to realise that the benefits of employee car schemes are still there even after these changes. Our schemes have always encouraged the uptake of low emission vehicles, and this trend will continue. And with manufacturers launching more and more ULEVs all the time these cars are likely to gain even more momentum under the new rules, which will benefit everyone.”

Tusker has also reported an increase in enquiries from employers and employees following the Autumn Statement and said several new schemes were given the green light as soon as the tax changes were announced last month. However, it’s unclear how much of the interest is due to employers trying to beat the April 2017 deadline for schemes on higher-emission vehicles.

David Hosking added: “Salary sacrifice company cars remain an extremely valuable benefit to employees and will still save drivers thousands of pounds over the life of an agreement. We have launched many new schemes in the last few weeks and some of the employers that had delayed new scheme launches were more than happy to sign them off on the day of the Autumn Statement. We are now working with several new customers to launch their schemes before Christmas or early January.”