By Natalie Middleton / 3 weeks ago / Latest News, Today in Fleet / No Comments

IAM RoadSmart has paid tribute to former chairman, Alistair Cheyne OBE, who has died after a long battle with cancer. 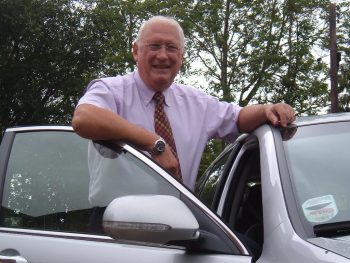 A former deputy managing director of the AA, Alistair was appointed chairman in August 2009 and served in the role until November 2015.

Alistair was also an Honorary Life Governor of BEN, the motor trade charity, and active in the Rotary Club. He was awarded an OBE in 1997 for services to motoring.

Originally from Aberdeen, he started with the AA as an office boy, working his way up to Deputy Managing Director in a long and successful career.

Speaking at his last AGM in 2015, Alistair highlighted the issue of driver distraction, saying: “Car makers are giving … the means to bring the internet, their mobile devices and their music into the vehicle with them, and have them merge seamlessly into the vehicle’s operations. No wonder so many … are distracted from the task of driving. Multitasking seems to be the buzzword of today. But it has no place in the car. Driving cannot be combined with other things. Neither can riding a bike.”

Current chairman Derek McMullan said: “Alistair was tireless in his support for IAM RoadSmart. Just as in his career with AA, Alistair gave his energies freely to his chosen charities; IAM RoadSmart was lucky to have been one. Our thoughts are with his wife Dorothy and all his family.”