Hyundai is a company on the move, with a 221% increase in sales over the past decade from around 28k to just under 90k between 2008-2018. Fleet has played an important role in the Korean company’s success story, with the lion’s share (56.2%) going to business sales. 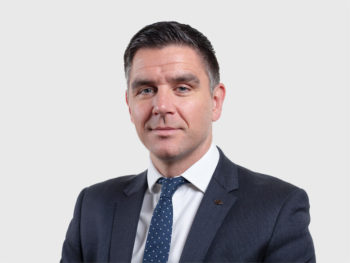 Joining the fleet team in 2018, Michael Stewart is Hyundai UK’s director of fleet along with Tim White, national fleet sales manager. Despite the strength of fleet sales figures last year Michael says, “this year will be about smart growth – sustainable, sensible growth. There’ll be a real focus in growing true fleet.”

“We’re talking about hundreds of units, not thousands for growth. We’re refocusing on quality business.”

Changing the team’s structure, Michael says, is key to building a future for Hyundai fleet sales. In addition to Michael and Tim’s appointments, Gareth Thomas and David Allison have moved into national contract hire & leasing manager & head of product planning respectively. “First we need to get the right people in the right roles doing the right things,” Michael concludes.

Hyundai is keen to make buying fleet vehicles simpler. A new National Fleet Centre Programme has been rolled out, with around 15 large fleet centres opened that will assist the 163 franchised dealerships with fleet sales. Each fleet centre will have the ability to cater for more than 1,000 pre-delivery inspections. Backing up the setup is a new dedicated customer assistance line that can handle 50,000 inbound contacts each year.

“All our fleet customers and drivers can call in”, Michael comments, “What’s new is the introduction of a business sector back office operation. We’re introducing this [because], these guys run our CRM services, they will run our customer contact centre for fleet, and for specialist individuals. They’ll also help us with inbound enquiries from our dealers, drivers and fleet customers both big and small.”

“The strategy is really about deploying Tim and his team to our customers, to spend more and more time with them – and that’s something we haven’t had before.”

Furthermore, Hyundai has introduced its new Fleet Aftersales Charter, which promises transparent pricing and processes and a commitment to reduce cost of ownership for fleets, including hourly rates capped at £60(+VAT), a guaranteed service appointment within 48 hours, in addition to a ‘Fleet Response’ service that aims to diagnose faults or provide alternative onward transport within 60 minutes.

“This is the most comprehensive and diverse line-up in [Hyundai’s] history. Hyundai really has every single base of the UK fleet market covered,” commented David Allison.

Hyundai’s products range from cars i10 to i40, SUVs Kona to Santa Fe, and the electrified Ioniq or hydrogen-powered Nexo. The strength of its line-up hasn’t escaped the notice of fleets, with the company shifting 50,571 fleet cars last year, its best result yet. Within that, excluding demo and motability, true fleet accounts for just shy of 13,000 units.

Gaining rapid popularity is the Kona, which sits pretty in the fastest growing fleet sector and with a fully electric version too that’s already sold its 2019 allocation. Next up, there’s the i30 which the brand offers in three different shapes – as well as the model pioneering Hyundai’s new N sports brand.

‘N’ has been successful too, with the car adding a sports credibility much like the eponymous GTI has done for Volkswagen and previously absent from Hyundai’s line-up.

Building on the full-fat ‘N’ models, 2019 will see N-Line trim for the Tucson, as well as the introduction of a 1.6 litre diesel-powered 48V mild hybrid before the year is out. We’ll have to wait and see which models will next be offered with N-Line spec, but it’s likely to be rolled out to its most popular models in due course.

At the opposite end of the spectrum, Hyundai has confirmed a new “electrified model” will be launched later this year, as well as a comprehensive inside/out facelift for the Ioniq. By 2025, the Hyundai Group has committed to launch 44 electrified models.

It’s a young line-up too, David comments, “Launched just over two years ago, the i30 will be the oldest car in the Hyundai range by the end of 2019. The Kona, launched in 2017, is already the oldest SUV in our range.”