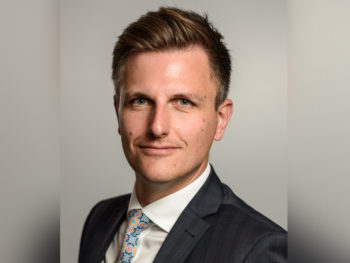 The brand’s fleet vision is on growing its long-term corporate business as it maximises on the opportunities afforded by new models, with a particular focus on electrification.

Boaden has previously held roles with CBVC and Daimler Fleet Management and, prior to that, was fleet sales manager – new business with Vauxhall Motors.

Tim White said: “Ashley joins the brand at a truly exciting time; we are already seeing great interest in our brand and product portfolio from both end-users and the major leasing sales teams. With the launch of new Ioniq later this year – one of our most popular fleet models – and the roll-out of Kona Hybrid around the same time, we’re continuing to strengthen our offering to fleets by providing them with models that are not just desirable, but come with genuine business benefits, too.

“Having a proven new business hunter in the team like Ashley will give us that extra impetus to firmly position Hyundai as the first choice ultra-low emissions vehicle (ULEV) offering to a fleet’s car policy, as many fleets seek to lower their carbon footprint. Our Nexo fuel cell vehicle and Kona Electric show we’re already on the right track; we’ve had incredible interest from fleet buyers since they launched.”

Hyundai’s fleet plans have been supported by the addition of 15 large fleet centres around the country in recent years, featuring a dedicated Hyundai fleet structure, national fleet delivery capability and pre-delivery inspection capacity for over 1,000 vehicles each. The carmaker has also introduced its new Fleet Aftersales Charter – which sets out a commitment to reduce cost of ownership for fleets – and a dedicated fleet support line.

Previous: Peugeot appoints new head of business sales
Next: SsangYong scales up for new EV with director of aftersales appointment