How will we travel in years to come? 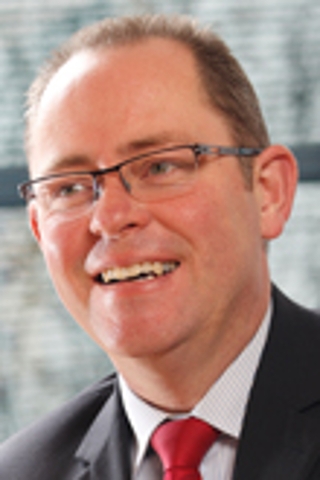 The question of how we might travel in years to come tends to provoke a multitude of fascinating responses depending on the people invited to comment and also the time period in question. There are a variety of pontifications around time travel and vehicles not just bound to the highway, but to those capable of using the air too. On a more realistic note this is fast becoming an important topic for discussion as we embrace new technology and exciting ideas that hitherto may have been designated unfeasible.

Our ability to develop technology continues to increase at quite a pace and right now we find ourselves not only in the midst of adopting and accepting a new method of propulsion, in the form of electric motors that are slowly replacing the combustion engine, but also contemplating handing over direct control of vehicles to a computer. Autonomous vehicles have long been a part of our society in controlled environments such as airport shuttles and trains, but what we are talking about here is relinquishing control of a car or bus that is not contained within measured pathways or confined to rails.

There is a control aspect to almost every human being that immediately finds this a virtually unacceptable suggestion, but the reality is that in certain environments we are already close to allowing this to happen. From a military perspective, the army already uses unmanned drones for reconnaissance purposes, although these are restricted to operating in a restricted airspace. Interestingly, commercial aircraft are also already capable of autonomous operation, although to date we have yet to allow this to happen. In the commercial environment, even under test circumstances, a pilot remains on board to take over should anything happen, but practically speaking if something did go wrong there would be plenty of space and time to avert a major disaster. In terms of a car or bus this is more than likely not going to be the case as it is accepted that the driver assisted solution is less safe.

We already have driverless cars testing on the roads in the UK and this is all part of ensuring that the technology is robust enough to safely allow passengers inside. Indeed, in the grand scheme of things the adoption of driverless cars is going to have an enormous impact on traffic and safety. If the technology can be proven, and there is no reason to suggest that it cannot, then we will see a reduction in accident rates, a better management of traffic flow, a significant reduction in traffic delays and the potential to almost eradicate driving under the influence of alcohol and drugs. It will also provide passengers with a stress free environment in which to travel, communicate and work if required. Therefore this will herald a very big change in transport lifestyle, and almost certainly a huge impact on vehicle ownership.

One of the uncomfortable factors that must be addressed is that of moral responsibility. Somebody somewhere has to write the software that makes ethical decisions in the case of an emergency or the "basic rules" so to speak. Where it is impossible to migrate everyone to Autonomous vehicles in one go, and something that is perhaps unlikely to happen for decades, there will be the need for the Autonomous vehicle to take evasive action as a direct result of a human driven vehicle. This is where as a society we must understand and accept that in certain circumstances there is no good or simple solution to every situation. There will be no easy way to justify the decision to threaten or take human life and we must accept that the technology on which we are likely to rely will make a judgement based on a minimal threat to life and best outcome basis. As such there must be no question of accusation or prosecution of those who develop the "basic rules". If this moral dilemma is not clearly laid out in advance there is a danger that an aura of mistrust may hinder the acceptance of an Autonomous vehicle.

The question therefore moves to how this new technology will affect the car market and specifically from an ownership point of view, bearing in mind that we are already seeing the beginnings of change in purchasing and ownership. It is widely acknowledged that the "Direct Debit" generation have a growing habit of not visiting a showroom until they actually collect their chosen new car. Purchasing decisions are made online and are based heavily on a few key items, including the monthly price, with the view that they will never own the car. As time goes by it is also likely that the first true private owner of this car may not be until the third user.

With an autonomous vehicle it is likely that the ownership model for many will change once again. It may be that the manufacturer retains the ownership through the lifecycle of the car with the urban user or users leasing it either solely or as part of a consortium. It is also highly likely that the vehicle lifecycle will reduce drastically as a result. Whether this product ever comes to a second-hand market is a very debateable subject and that spells big changes. Dwellers in less urban areas may choose to own this type of vehicle having less concern over parking and space and, as a result, we may see a different ownership and usage profile for them. One also has to question whether we will see a complete change in how the automotive sector deals with second hand vehicles. This is a distinct possibility and one thing that is for sure, is that valuing this type of vehicle will be an entirely different process that is just not possible to pre-empt at this stage.

In summary, the UK market has some questions to ask and scenarios to answer when it comes to Autonomous vehicles. With the Government putting £100m into developing this sector of the market in the latest budget, and Google's Director of Vehicles adamant that his 11 year old son will not need to get a driving licence, the beginning of the Autonomous car era is clearly not that far away. The key factors here are that the UK automotive industry is part of the change and that the trade is prepared for not only a new propulsion method but also a new control technology.