The House of Lords Science and Technology Committee has opened an inquiry to investigate future uses of driverless vehicles in the UK. 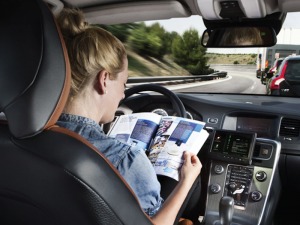 Highlighting that the UK has the “potential to become a world leader in developing, producing and deploying driverless vehicles”, the inquiry will look at their potential uses and benefits in contexts such as road transport, farming and space exploration.

Committee Chairman Lord Selborne said: “We will examine what the Government is doing to support research into developing autonomous vehicles in the UK, as well as the real-world implications as these vehicles start to appear on the roads and in the work place. If the UK is to be at the forefront of this transport revolution, investment into research is vital to ensure the technology is perfected, allowing the public to embrace the use of autonomous vehicles.”

In particular the inquiry will look at:

What are the potential applications for autonomous vehicles?

What are the potential user benefits and disadvantages from the deployment of autonomous vehicles?

Are further revisions needed to insurance, regulation and legislation in the UK to create an enabling environment for autonomous vehicles?

What is the scale of the market opportunity for autonomous vehicles?

Will successful deployment of autonomous vehicles require changes to digital or physical infrastructure?

The Committee is inviting written evidence on the issue, to be received by Wednesday 26 October.