Honda has issued a teaser image of the European Civic hatchback ahead of its unveiling at the Pars Motor Show. 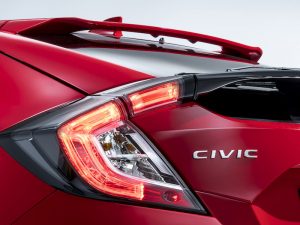 On sale from early 2017 across Europe, the 10th-generation model has been redesigned following the brand’s “most comprehensive research and development programme”.

In addition, Honda will also showcase the Civic saloon at Paris, which will be available in mainland European markets from early 2017 but is not being launched in the UK.

Philip Crossman, managing director at Honda UK, commented: “The unveil of the 10th generation Civic at this year’s Paris Motor Show continues the journey we started last year with the complete overhaul of our entire range.

“Couple that with the fact the introduction of the new Civic heralds a new era for the plant in Swindon, as it will become the global manufacturing hub for the British-built Civic hatchback, and we are in a fantastic position going forward.”

Previous: Pricing and specs revealed for 2017 Mazda3
Next: ULEV registrations continue to soar