HMRC urged not to ignore eco benefits of salary sacrifice

The Government is being urged to revise salary sacrifice and company car tax to incentivise ultra-low emission vehicles as it consults on possible changes. 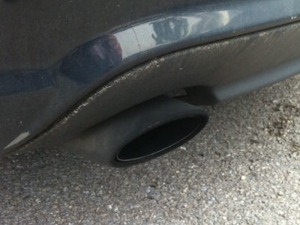 The call comes from salary sacrifice specialist Fleet Evolution, which highlights the benefits of salary sacrifice schemes both to employers and in terms of their ability to promote ultra-low emission vehicles.

As announced last month, HMRC has launched a number of consultations, including on how the company car tax system can be adapted to take into account the growing number and variation of ultra-low emission vehicles, while encouraging their uptake.

In addition, the Government is considering limiting the Income Tax and National Insurance contribution advantages available through salary sacrifice. This would mean that drivers would have no more incentive to choose ultra-low emission vehicles than conventionally fuelled vehicles with much higher CO2 emissions.

Leech also highlights the benefits of salary sacrifice schemes, which he says “have been one of the most popular additions to the working world in recent years. And car schemes are one of the most fruitful. They provide incredible benefits to employers and employees, but also, and importantly for the government, the majority of cars are much more economically-friendly than the ones employees trade in.

Highlighting that Fleet Evolution’s average CO2 figure is 82g/km, Leech added: “It’s well-documented that personal vehicles are a major cause of global warming. Transport accounts for about one quarter of UK greenhouse gas emissions, affecting air quality at the roadside and beyond. And tackling this issue has been at the forefront of the government’s plans for years. Therefore, by effectively making green vehicles a less attractive option, they could be seriously inhibiting a very simple way of helping to cut down on greenhouses gasses.”