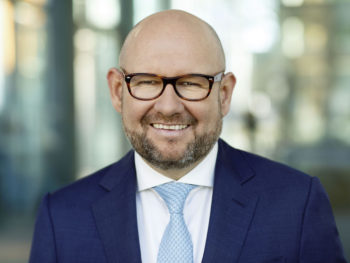 Fletcher was appointed as interim chief operating officer nearly a year ago, replacing Matt Sutherland who moved to BCA Marketplace, and retires after more than 40 years in the automotive leasing industry, including as operations director of ALD Automotive UK and group development director at Manheim.

He is succeeded at Alphabet GB by Uwe Hildinger, who joins from Alphabet International where he was chief sales officer for the last three years.

Alphabet GB chief executive officer, Nick Brownrigg commented: “I’d like to express my sincere personal thanks to Nigel for the significant contribution he’s made to the Alphabet business in a relatively short time. We have been aware of Nigel’s intention to retire for a while and over the past several months we have conducted an extensive global search for this vitally important role.

“We interviewed a number of extremely high-calibre candidates but Uwe’s vision, personal qualities and breadth of experience were unrivalled. His qualifications for this role are outstanding, having previously served as chief operating officer for Alphabet in Germany, as well as working for other leasing and fleet management operations in that market prior to joining Alphabet in 2008. Uwe joins us from Alphabet International where he has been a key part of the global leadership team and we’re extremely pleased to welcome him to the Alphabet family in the UK.”