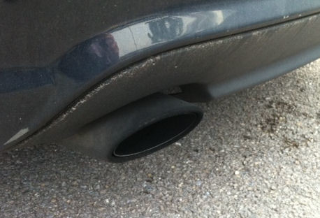 So says think-tank Policy Exchange, adding that the move would lead to a dramatic improvement in air pollution levels in the UK.

Released ahead of a major report on air quality expected later this month, the proposals follow a previous Policy Exchange report found that 12.5% of London’s total area – containing 3.8 million workers, as well as 979 schools attended by a quarter of London’s school population – exceeded legal and healthy limits for nitrogen dioxide (NO2) in 2010.

It is estimated that if air pollution stayed at current levels it would reduce the average life expectancy across all Londoners born in 2010 by up to 2 years.

The think-tank added that existing diesel drivers should not be penalised, as they bought their vehicles in good faith and said the proposed VED increase would only be applicable to new diesel cars, not to other vehicles such as vans.

Richard Howard, head of environment and energy at Policy Exchange, said: “London and many of the UK’s other major cities are facing an air pollution crisis, with residents exposed to illegal and unhealthy levels of NO2 pollution.

“If we are to clean up air pollution, then Government needs to recognise that diesel is the primary cause of the problem, and to promote a shift to alternatives. This needs to be done in a way which does not unduly penalise existing diesel drivers, who bought their vehicle in good faith, and gives motorists sufficient time to respond.

“Instead of increasing diesel fuel duty or banning diesels from city centres, the Government should look to increase taxes on new diesel cars and offer scrappage grants to take old polluting diesels off the road.”

RAC public affairs manager Nick Lyes responded to the proposal: “The RAC recognises that improving local air quality is an extremely important issue, however the focus should be on encouraging owners of older diesel vehicles to switch to cleaner models; this could include new, cleaner diesels as a Euro 6 diesel vehicle emits significantly lower NOx and particulate emissions than a Euro 5 diesel. Cleaner diesel vehicles also have an important role to play in reducing CO2 emissions, which are the primary cause of climate change.

“It also important to note that poor air quality is predominantly a local issue. The RAC feels that clean air zones, which specifically target areas where emissions are high, could be part of the solution to discourage older, dirtier vehicles from entering areas where nitrogen oxide emissions and particulates are at problematic levels. Efforts should also be made to clean up all vehicles that contribute to the problem, including older buses and taxis.

“If this proposal were to be adopted by the Government, it could cause a swing in demand that motor manufacturers might have difficultly handling because production capacity is geared to the current mix of petrol and diesel engines.”

Previous: AMT opens new rental facility in central Birmingham
Next: Q&A: ACFO and the ICFM on their extended partnership