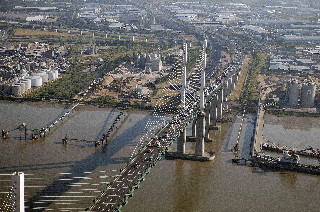 In addition, a new system to enable more effective data sharing between Highways England and Kent County Council has been agreed that will allow both organisations to be more responsive to daily traffic patterns and respond in real time to what is happening at the northbound crossing.

Highways England added that journeys over the Dartford Crossing have sped up significantly since Dart Charge was introduced in November 2014 but the Kent side of the Crossing still suffers from regular congestion, especially on local roads leading to the junctions nearest the crossing – junction 1B, the Princes Road interchange, and junction 1A, the entrance to the crossing itself.

Roads Minister Andrew Jones said: “We have already delivered better journeys for thousands of drivers at the Dartford Crossing by removing the tolling booths, and this is more good news for drivers.

“By upgrading traffic lights and carrying out other improvements we will help keep people moving and reduce the frustration of unpredictable journey times.