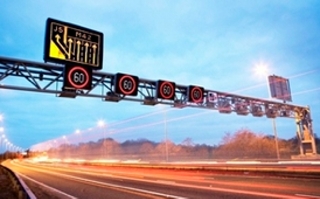 According to Highways England, more than 1,300 sacks of litter were collected on the smart motorway route in Greater Manchester during a four-week period.

The agency says its contractors are removing litter while sections of the motorway are closed overnight to demolish outdated overhead gantries, as well as at other times of day when they are able to work safely.

They will also be at the Trafford Centre today (Thursday 16 July) where ‘Bag it! Bin it!’ rubbish bags will be handed out for drivers to keep in their cars.

Motorists could receive a fixed penalty notice of £50 if they are caught dropping litter, which could lead to a potential fine of £2,500 for a second offence or if they fail to pay the penalty notice.

Paul Hampson, project manager at Highways England, said: “Litter thrown from moving vehicles can cause accidents as well as blocking drains and creating a threat to wildlife. It also puts the safety of workers collecting it at risk of being struck by passing vehicles.

“We spend millions of pounds on collecting litter from England’s motorways and major A-roads every year – money we’d much rather spend on improving the network. We’re therefore urging drivers to keep a rubbish bag in their vehicle so we can get on with the job of upgrading the motorway.”

Sections of the M60 are being closed during 4 nights in July while work takes place to remove overhead gantries. The final closure of the month is due to take place between 9pm and 9am on Saturday 18 July and will affect the clockwise side of the M60 between junctions 9 and 10 near Trafford Park. The anticlockwise carriageway will also be closed between junction 12 at the M62/M602 interchange and junction 10, along with the eastbound link roads from the M62 onto both sides of the M60.

When the smart motorway scheme is completed in autumn 2017, around 200 new electronic message signs on overhead gantries will warn drivers of changes in the mandatory speed limit, lane closures and incidents ahead.

The hard shoulder will also be permanently converted to an extra lane between junctions 18 and 20 of the M62, increasing capacity along that section of motorway.