Highways England is being urged to retain CCTV footage for longer than its current seven-day policy to enable fleets as well as drivers and insurers to use footage to prove liability. 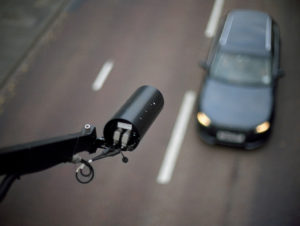 Highways England says the primary purpose of the CCTV footage is to support managing incidents and traffic flow.

The call comes from Claims Management & Adjusting (CMA), which has formally written to Highways England, saying that it’s destroying ‘potentially vital’ CCTV evidence and urging it to rethink its approach.

The CCTV network monitors the UK’s road network 24/7 and alerts contactors to that fact that an incident may require attention, for example, a motorway barrier might need repairing or a fuel spillage might need clearing up.

CMA managing director Philip Swift said: “When Highways England are aware of an incident, why on earth is the CCTV footage not retained? The issue of liability is key in cases of damage to Crown property. If the driver was negligent, they will likely be responsible for the repair costs. Unfortunately, it is often an innocent party who ends up colliding with a barrier, while the truly at-fault driver (the one who veered towards them and caused them to swerve) sails merrily on their way. In swerve-to-avoid incidents like these, video footage – either from dashcams or CCTV – can be extremely useful.”

“You can see why drivers, fleets and insurers get frustrated when it appears that the very people pursuing them for money, Highways England, have destroyed potentially vital evidence. Imagine how you’d feel if you weren’t at fault but you received one of these invoices including an amount for the National Control Centre operator’s time. We advise our clients to request the CCTV footage immediately, and ask for it to be supplied within five days, but Highways England’s policy in this area needs to be urgently reviewed.”

In response, a Highways England spokesperson said: “The primary purpose of the CCTV footage is to support managing incidents and traffic flow. We retain the footage for up to a week.

“If a road user needs a copy of the CCTV for insurance purposes, they can request this within the seven-day period, and if it is available we will give it to them.”

Highways England added that the Data Protection Act says personal information ‘should not be kept for longer than is necessary’, with no timeframe stipulated.

Asked for its advice to drivers involved in an incident where they think there is CCTV footage, Highways England: “They need to request the CCTV footage within seven days: the operator will check the footage and if the information is there, it will be tagged, saved and a copy provided.

“However, if the police have requested it for an investigation, then the individual would still need to request the copy from Highways England (if it is within the seven-day retention period) – we would however need to confirm with the police that providing a copy would not prejudice their investigation.

“There are certain exemptions within the Data Protection Act (relating to third party personal information for example) which could mean the information is not disclosed. For example if a HGV driver were involved in an incident and the driver’s employer requested the CCTV footage, to comply with the Data Protection Act we would be required to seek the authorisation of the driver (in most instances) before disclosing the footage to the company.”