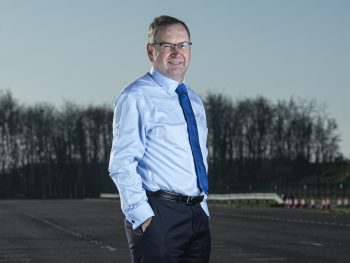 Jim O’Sullivan is to stand down as chief executive of Highways England early next year.

O’Sullivan, who was appointed in 2015, will leave early 2021 and said his timing coincided with plans to deliver the second road period.

Announced on Friday, the plans will see Highways England deliver £14bn of projects intended to improve the quality, capacity and safety of the motorways and major A roads, while almost £11bn will go into improving every day journeys by repairing and replacing parts of the network, which hails back to the 60s and 70s.

Jim O’Sullivan said: “I leave Highways England well placed to deliver the second roads period and to prepare for the third. That makes it a good time to step down and I wish the sector and the company every success for the future.”

Transport secretary Grant Shapps added: “I’d like to thank Jim O’Sullivan for his hard work and commitment over the past five years.

“His successor will start at an exciting time for the company as it embarks on our ambitious £27.4bn Second Roads Investment Strategy. The programme will deliver on this government’s vision to level-up our roads infrastructure, connecting communities, creating jobs and boosting growth.”